Why did i have to become a doctor?

It’s a scorching summer day in 1984 in Quang Ngai province. Young boy Do Quang Minh returned home after an afternoon running on the beach with his friends, only to find a lot of people rushing in and out of his neighbour Mr Hai’s home. Curious, the boy slipped in and saw Mr Hai lying still on his bed, with his wife and children crying around him. Villagers said Mr. Hai had a problem in his abdomen and had died. 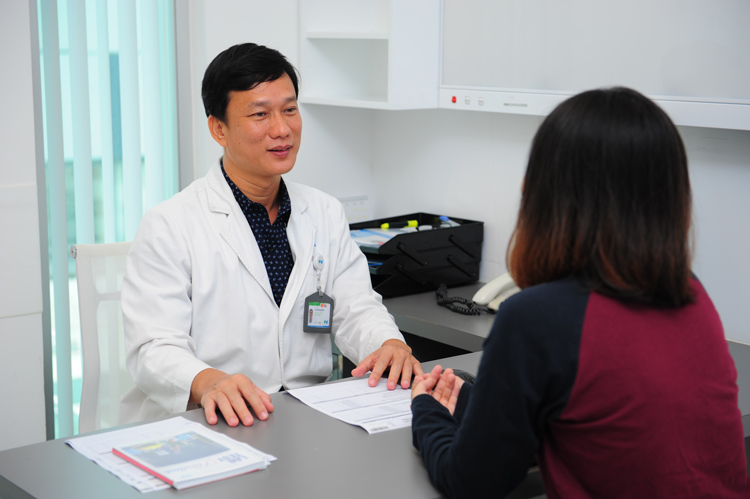 By that time, Mr Hai was around 70 years old. He was an experienced fisherman and a kind man who occasionally gave fishes to his neighbours. Minh used to go to his house to play with Mr Hai’s grandchildren all the time. A year earlier, Mr. Hai had often complained of abdominal pain and stopped eating, regularly holding his belly and stooping while walking to reduce the pain.

Minh overheard Mr Hai’s daughter telling his father that Mr Hai had a large stone in his bladder, which was incredibly painful and meant he could only urinate very little during the day and often with blood. He was taken to the doctor for treatment, but the condition kept recurring, occasionally accompanied by fever that lasted several days.

Gradually, Minh found Mr Hai lying paralysed in bed, his belly growing bigger and bigger. Finally, he died, in pain, of kidney failure. Witnessing that heartbreaking scene, Minh said to himself:  “When I grow up, I will definitely become a doctor to cure people and ease their pain.”

Recalling the journey from a countryside boy in the central provinces to Head of the Urology Department at FV hospital, Dr Minh shares: “Upon graduating from the Faculty of General Practice, Ho Chi Minh City University of Medicine and Pharmacy, in 1996, I returned to Quang Ngai to serve as a urologist.

“I chose Urology because there were only a handful of urologists back then. Urology is a complicated field, which requires doctors to comprehend both internal medicine and general surgery. Additionally, all equipment, medical devices and treatment techniques associated with Urology were all underdeveloped back in the day.

“Residents in my hometown who were diagnosed with urologic diseases didn’t have access to prompt and proper treatment. I decided to pursue this field, partly because of my innate interest to explore. More importantly, I wanted to improve the medical services available to the people in my hometown, so that they would have a better quality of life.”

After five years working in his hometown, Dr Minh returned to Ho Chi Minh City to pursue further professional training in Urology. In 2004, Dr Quang Minh received an MA degree in Urology from Ho Chi Minh City Medicine and Pharmacy University and returned home to serve for another year.

In 2006, Dr Minh joined the Urology Department of Cho Ray Hospital and worked there for 10 years. Over the course of his term working at Cho Ray Hospital, Dr Minh has always been praised by his colleagues and patients for his enthusiasm, learning spirit, devotion and high professionalism in each of his decisions.

Speaking about his role at FV Hospital, Dr. Minh said: “I feel very honored to be assigned by the board of directors to head FV’s Urology Department. One of the reasons I chose FV Hospital was because I wanted to work at a high quality standard at each and every stage, and alongside a team of professional doctors to heal patients suffering from urological diseases.”

He added: “You won’t be able to understand the extreme discomfort of patients suffering from urinary retention, long-term urination, painful urination and bloody urination. I’m determined not to let my patients endure a poor quality of life.”

Why did i have to become a doctor?