What is PUVA treatment?

Psoralens are chemicals that are photosensitising, this means that they make us more sensitive to sunlight. After the skin has been sensitised with the psoralen, UVA treatment is given by standing in a cabinet where the whole body is exposed to UVA.

PUVA treatment must be carried out in the hospital under medical supervision, 2 to 3 times a week, on non-consecutive days, for usually seven to ten weeks.

What conditions are treated with PUVA?

PUVA treatment can be indicated for various skin conditions, the most common is psoriasis but it can also be helpful in other conditions such as mycosis fungoides, solar urticaria, chronic actinic dermatitis, and others.

What are the potential side-effects of PUVA treatment? 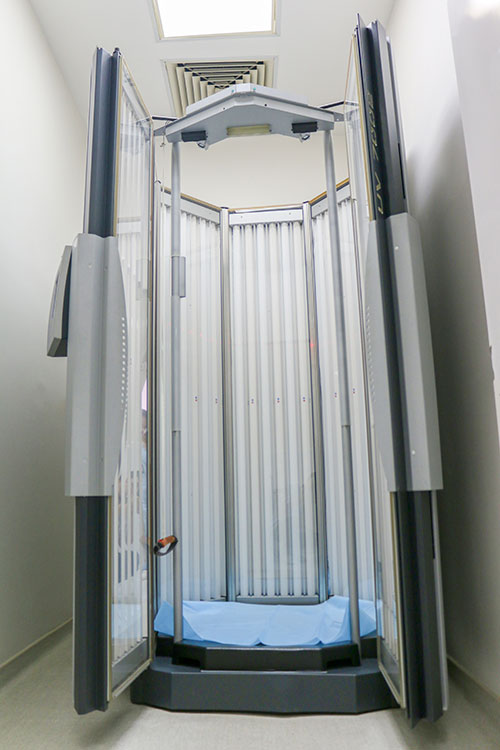 What precautions should be taken?