It’s a common perception that sinusitis is difficult to treat. Many people believe that the disease is often prolonged or chronic, and that cases often relapse following surgical intervention. This is not the case.

According to Vo Cong Minh, MD, PhD, Head of Otolaryngology, FV Hospital, the field of sinusitis incorporates diverse issues and treatment needs to be case-based so that an appropriate treatment method can be developed for each patient. Sinusitis can typically be successfully treated without surgery by utilising medication or minimally invasive procedures. 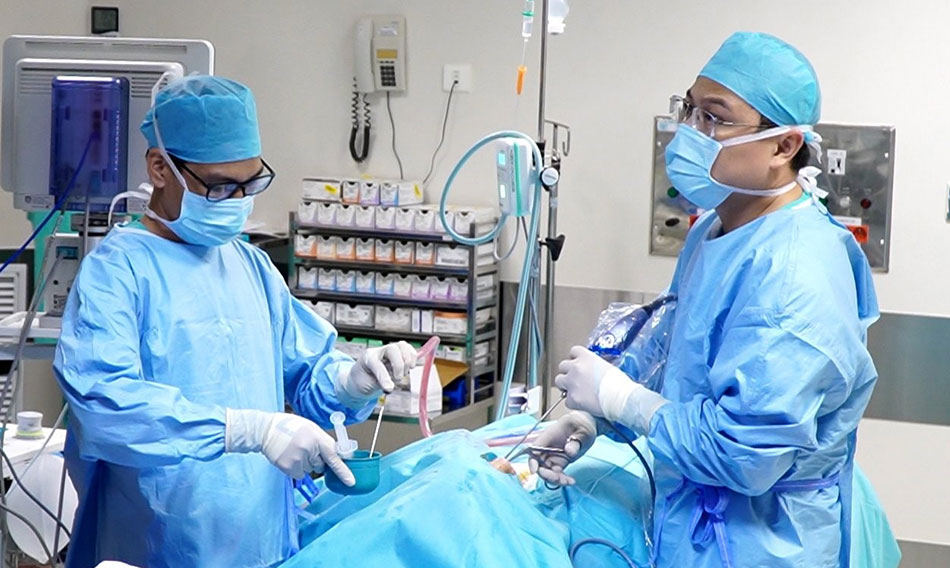 Types of sinusitis that can be cured completely

People often think of headaches as a sign of sinusitis, but statistics show that only 20 per cent of headaches are a manifestation of this condition. Most headaches are caused by other neurological factors. However, a headache accompanied by one or more of following symptoms can indicate sinusitis: a stuffy nose, runny nose, sneezing, green nasal discharge, phlegm, and post nasal discharge and a resulting cough. If the patient has anterior sinusitis, they might feel severe pain in the face in front of their cheekbones, or no pain when upright but pain or discomfort in their face when lowering their head or leaning forward. Inflammation of the posterior sinuses often causes neck fatigue and pain in the occipital region. 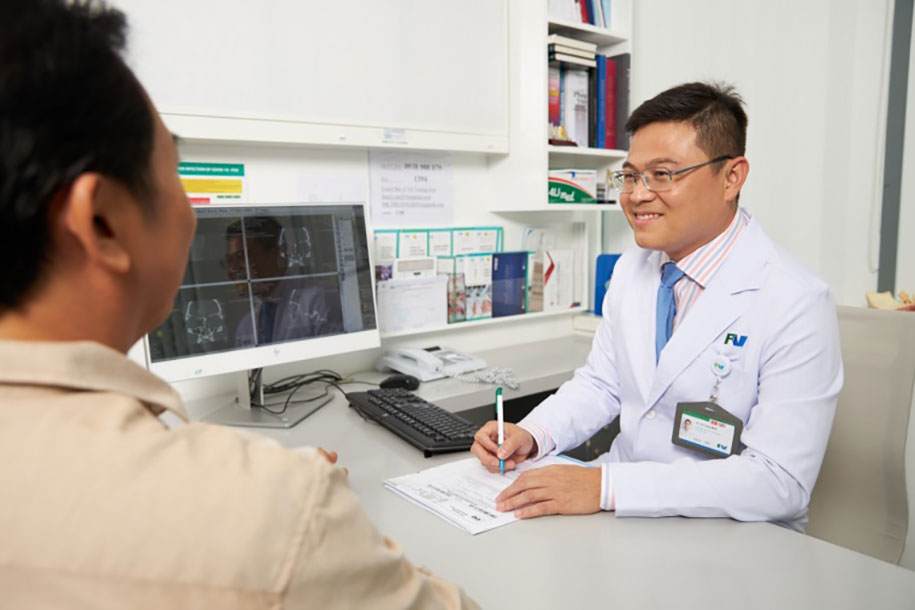 Vo Cong Minh, MD, PhD explains that many people with sinusitis are prescribed antibiotics, so when symptoms recur they often buy antibiotics directly from the pharmacy to self-medicate, inadvertently increasing the disease’s drug resistance and making it more difficult for doctors to treat. If acute sinusitis is bacterial, antibiotic treatment will be effective, but in cases of chronic sinusitis (which can last from three to six months), the effectiveness of antibiotics will be very low. Methods such as nasal and sinus rinses, opening the sinuses and corticosteroid nasal sprays are much more effective in this instance. 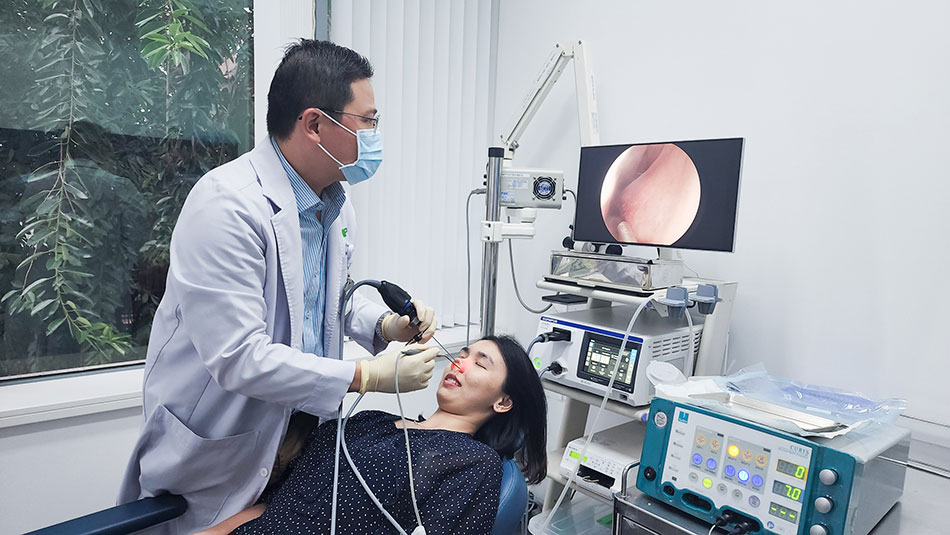 Sinusitis can still be cured completely

Severe sinusitis or polycystic sinusitis can be caused by fungi or abnormalities in the nasal structure, including nasal turbinate hypertrophy, a deviated septum, or tumours such as nasal polyps or papilloma.  In these cases, medical treatment is necessary to stabilise the condition. FV’s Department of Otolaryngology currently implements multi-modal treatments, combining surgery or minimally invasive treatments such as safe, painless high-frequency ablation. The effectiveness of surgical treatment will depend on the technique and expertise of the doctor in identifying and removing the tumour completely without affecting the sinus structure.

After surgery, patients should continue to see their doctor for ongoing care, especially if there is re-inflammation. “Post-surgery, many patients see their condition improving so they don’t return for follow-ups, but to ensure definitive treatment, patients need to plan for at least two more visits after their operation,” notes Dr Minh.

The more typical form of sinusitis that many patients have to live with is the type caused by allergies, and which is influenced by geography, situation and lifestyle. Those who are allergic to cats and dogs, seasonal pollen or even the weather can develop sinusitis. If they continue to come into contact with these allergens, the disease will persist.

In these cases, Dr Minh says that it is necessary to determine the cause of the allergy on order to limit exposure and combine medical treatments to improve the patient’s quality of life. The goal is to reduce the duration and severity of the patient’s sinusitis. “For example, if the patient is fine for most of the year but then experiences symptoms for three months straight—perhaps they have a stuffy nose, rhinitis and a headache—then treatment can reduce the duration of sinusitis to only a few days a year. Patients can also take preventive treatment so that they don’t experience extreme symptoms when exposed to allergens such as pet dander and pollen,” adds Dr Cong Minh.

If you know you’re allergic to cats and dogs, it is always best to avoid them, but if you want to keep a dog or cat, consider not letting your pet sleep in the same bed as you, or choose a dog breed that doesn’t shed, such as a Poodle or Poodle mix.

The best way to prevent sinusitis

According to Vo Cong Minh, MD, PhD, the best way to prevent sinusitis is to fortify your body against colds and flu.

Contact (028) 54 11 33 33 to learn more about consultation, examination and treatment for sinusitis at FV’s Otolaryngology Department.