Dr Pierre Jaillot: The one who gives important instructions before every operation at FV

The “visual detective” of brain surgery

It was almost 1 a.m., and Dr Pierre Jaillot was still sitting contemplatively in his office. On the table is the medical record of a Cambodian patient who arrived at FV Hospital with a spinal injury and unrelenting pain. The patient was diagnosed with a vertebral fracture and was assigned to surgery at FV’s Neurosurgery Department. 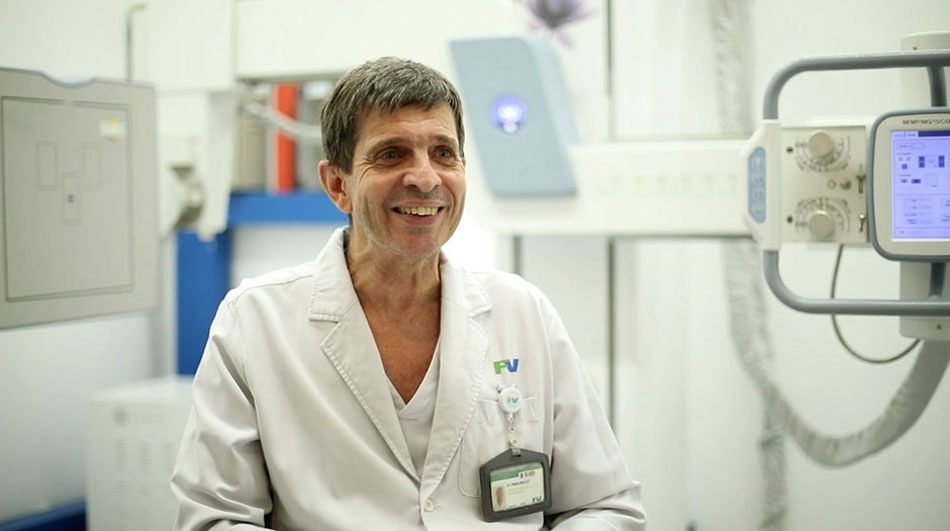 However, when looking at the patient’s pre-operative images, Dr Pierre noticed something unusual. He carefully reviewed the patient’s medical history and pored over images of the lesion from different angles. Finally, Dr Pierre concluded that the patient had a small abscess due to an infected wound.

When he was sure of that conclusion, Dr Pierre immediately called the patient’s primary care physician. A multidisciplinary consultation was held the following morning. The patient was immediately treated for a fungal infection and aortic aneurysm, in addition to surgery for his spinal injury. The discovery of the infection ensured that the case could be treated successfully, and the patient was discharged from the hospital after a short recovery period, much to the joy of his relatives.

“The fungal infection first affected the patient’s disc, causing a lot of pain. Then the abscess impacted the aorta, causing an aortic aneurysm. The patient only had a 50/50 chance of survival if he wasn’t treated immediately and appropriately,” explained Dr Pierre Jaillot.

After nearly 40 years of working in diagnostic imaging, Dr Pierre Jaillot can’t remember how many times his findings have helped patients escape death, but he clearly remembers the feeling of happiness every time he successfully “decodes” a series of images, helping to define an optimal course of medical examination and treatment that ultimately saves a patient’s life.

A special passion for X-ray pictures

When he was a medical student, Pierre Jaillot could sit for hours at a time looking at X-rays, engrossed in analyzing and understanding what each image showed. He knew he wanted to pursue his passion for radiology and in 1986 he graduated as a doctor of radiology at Claude Bernard University, Lyon, France. But after four years in the lecture hall, Dr Pierre only had access to basic X-ray techniques. Imaging methods such as computed tomography (CT), magnetic resonance imaging (MRI) and ultrasound were not yet widely available at that time.

Leveraging his passion for X-ray films from a young age, Dr Pierre Jaillot became a radiologist

To gain more knowledge and experience, when Dr Pierre was Head of Radiology at Valence Hospital Centre, France, he invested time in travelling between cities and countries, even visiting the US, to participate in specialist seminars and training courses. He received important certifications in imaging related to orthopaedics, neurosurgery, gastroenterology, neurology, magnetic resonance, microscopic tomography, and general ultrasound. Over time, Mr Pierre became a renowned leading expert in the field of diagnostic imaging in France.

In 2003, Dr Pierre was invited by FV Hospital to collaborate as a visiting specialist who works at FVH for number of months every year. In 2015, he decided to move to Ho Chi Minh City permanently and assume the role of Head of Diagnostic Imaging at FV Hospital. 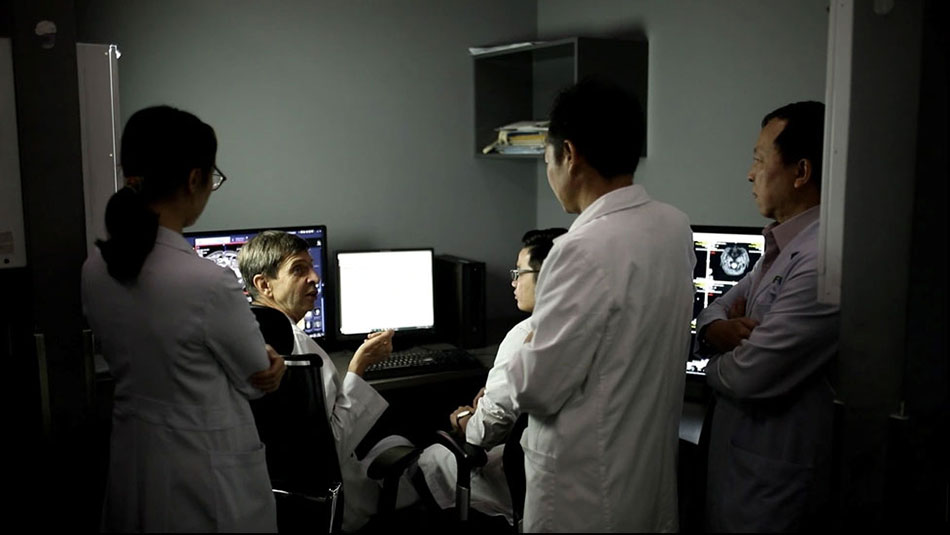 Dr Pierre Jaillot consults with colleagues before an operation

Dr Phan Van Thai, Specialist Level II and Head of General Surgery Department of FV Hospital, has worked with Dr Pierre since the first days of his arrival in Vietnam. “The advancement of technology has helped a great deal in the field of medical examination and treatment but cannot replace skilled doctors. Using imaging data, Dr Pierre is able to analyse the signs of disease with 95 per cent accuracy – an incredibly high rate,” says Dr Thai. “We are very proud of the level of diagnostic accuracy that the Department of Imaging, under Dr Pierre’s leadership, can offer.”

Doctors in the Imaging Department say that Dr Pierre is not only an expert practitioner, but also a great teacher. “Dr Pierre is very good at his profession, and at the same time dedicated to his patients. He is also a teacher willing to train doctors in the department with a wide range of knowledge and practical skills,” says Dr Nguyen Quang Trong, respectfully.