On the occasion that the Asia leading investment fund Quadria Capital has made investment into FV Hospital, CNBC – an American business news channel – released a post on this event. FV Hospital would like to present you the full version of this post. 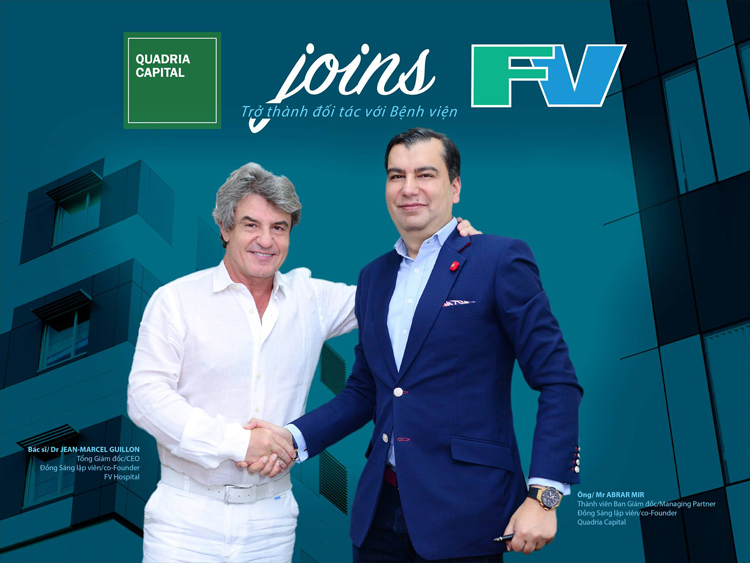 Singapore-based private equity firm Quadria Capital is growing in Vietnam and expanding its holdings in Singapore as it looks to grow its influence in Asia’s trillion-dollar health care space.

“Total health care spending in Asia today stands at about $1.3 trillion. By 2030, that’s going to grow to about $4.3 trillion, so it’s a very compelling investment case, growing at about 15 percent per annum,” he added.

Quadria closed two multi-million dollar deals in June, the latest being a move into Franco-Vietnamese Hospital (FV Hospital) in Vietnam. The investment will be used to build diagnostic and treatment centers for selected specialties and to provide access to advanced care in central and south Vietnam.

“It was founded about 20 years ago by a group of very talented French doctors, and has now emerged as probably the leading platform for high-end critical care,” Mir said, declining to reveal the size of the investment.

Vietnam is one of the fastest growing economies in Southeast Asia. With an expanding middle class and higher incidence of lifestyle-induced diseases, demand for health care has been on the rise, according to the firm.

Quadria also acquired a significant stake in MWH Holdings in June, the holding company for the Singapore Heart, Stroke and Cancer Centre.

“What’s different about Asia is that the private sector has been playing the most significant role,” said Mir.

“Out of every 10 new hospital beds being built in Asia, seven are being built by the private sector. The public sector for a long term has been under invested, and the World Health Organization suggests that there is something like $60 billion of health care [needed] each year, just to get Asia to a level of good health care competence. We’ve still got a long way to go.”

Quadria has $ 1.5 billion in assets under management and investments in 15 countries across the Asia-Pacific region. Founded in 2012, it now claims the title as the largest health care focused private equity firm in Asia.

“For the first time, we think there is an ability to democratize health care and to bring good quality health care and affordable prices to people who need it the most,” said Mir.