Mr H., born in 1955, had a history of drinking and smoking “more than normal” – behaviour which caused a tumour in his jaw. 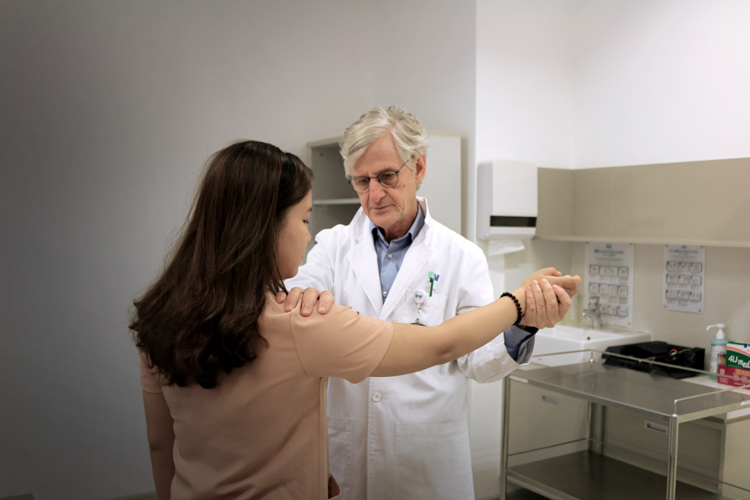 By the time Mr. H. came to FVH Pain Control Clinic, he had already undergone chemotherapy and radiotherapy for his tumour. However, radionecrosis of the maxillary bone, and associated fracture of this bone and its infiltration of the surrounding soft tissues, caused him so much pain!

At FVH Pain Control Clinic, Mr. H. received consultation and treatment from clinic Head Dr Louis Brasseur. According to Dr Louis, this patient’s pain may have come from two sources. The first was the direct stimulus of prior chemotherapy and radiotherapy on his nervous system during the treatment of his tumour. The second cause was changes in nervous system itself linked to radiotherapy and possibly chemotherapy.

It is important to make a distinction between these two causes, as the correct treatment may differ according to their mechanisms. Opioids will work on the first type of pain while antidepressants or anti-epileptics will work on the second.

This distinction also formed the basis for the doctor’s prescriptions, with the dosage determined according to the severity of the pain severity. If oral medication does not provide the expected result, IV administration may be considered. Finally, in case of refractory pain, more sophisticated technics, such as intrathecal administration (directly injected into the area close to the central nervous system), can be considered.

Dr Louis Brasseur is recognised as one of the world leading pain management specialists. He earned his Medical Doctor degree from Paris-Sud University in 1979. He then pursued a Anaesthesiology and Reanimation course at University of Paris Descartes (Paris V) before obtaining his Degree in Pain Evaluation and Management from Pierre and Marie Curie University (Paris VI).

Dr Louis Brasseur is responsible for developing FVH Pain Control Clinic as the best professional pain management service in the region in line with JCI standards.