Dreams and ambitions not only are great motivators but also can instil in people a purpose in life which they can strive towards to achieve success. Each dream is unique for everyone, and it is for each individual to carve a path for themselves to achieve their own life goals.

Creating FV Hospital was the dream of Dr Jean Marcel Guillon, CEO, who, through his ambition, founded the international hospital and led it to become one of the first hospitals in Vietnam to achieve JCI Accreditation. Recently, Dr Guillon was interviewed about his life-long successes by Asia Outlook Magazine, a digital and print product aimed to keep business executives up-to-date with the latest in global news affecting Asian businesses.

To ensure the interview can be understood by our readers, the Editorial Board of FV Hospital worked with Dr Jean Marcel Guillon’s interpreter to provide a full translation of the article.

“I always wanted to be a doctor. Apparently at the age of five or six I already told everyone of this plan, which is strange as there was nobody in the family that belonged to this profession.”

While Frenchman Jean-Marcel Guillon was destined to pursue a career in healthcare, he was by no means expecting to be standing here today as the CEO of a private hospital in Ho Chi Minh City in Vietnam.

Trained in Paris and practicing as a pulmonologist and internist, a senior consultant, his expertise took him to Saudi Arabia after the Gulf War, spending a further two years in Brunei before returning to his home country. Guillon had, however, picked up the travel bug that would never leave him.

But how did he emerge as the boss of FV Hospital? It is the result of a remarkable series of events, beginning with a somewhat chance encounter.

“My ex-girlfriend told me that a childhood friend of her current boyfriend was part of a group of people led by an architect who wanted to set up a hospital in Vietnam,” Guillon recalls. “I met with him and a couple of his partners and didn’t like them. There was also a group of doctors loosely connected to the project and with near zero experience, so I wasn’t impressed.”

With Vietnam not even on his radar, Guillon headed to Turkey to work for a contact who had set up a SOS Doctors company, a venture which fell through in 1997, prompting a return to Paris after a month’s holiday in Cuba.

“I had a message on my answer machine from one of the doctors associated to the Vietnam project, so I met with them, changed my mind and decided to give it a go,” he says. “In November 1997 I travelled for the first time to Saigon (the common name for Ho Chi Minh City) with the developers and some doctors. We had a plan to buy an unfinished building that looked terrible to tell you the truth – the developers had found it.”

Guillon also had to teach himself the hospital business manual from scratch, a daunting prospect given he had never cast eyes on an Excel spreadsheet up until this point. However, utilising what he calls the sponge technique, he grasped the concept and in 1999 decided to part ways with the original developers after the owner of the unfinished building was jailed for falsifying the construction permit.

It was around this time that Guillon met with the International Finance Corporation (IFC), the World Bank organisation providing key financial support alongside other investors and the 10 founding partners – nine doctors led by Dr Luc Mercadal and lawyer Gilles Célimène.

“The IFC invested on three conditions,” Guillon says. “One, you get an investment licence; two, you find a piece of land; and three, you find a hospital management company.”

But the challenges didn’t end there. The parties reached an impasse when the hospital management company laid down the conditions for the management side of the agreement, Guillon having to go back to the IFC who told him to run FV Hospital himself.

“I kind of babbled that I had no experience, that this was a crazy idea, and that I have no idea how to do it,” he continues. “Two of my doctor partners were in Saigon at that time and attended the negotiation with the hospital management company’s representatives, and just after the call with IFC they looked at me and said – ‘I don’t know what you’re thinking but man you have no choice, it’s a done deal, you’re the Director’.

“We kept raising money, got the loans from the bank and built the hospital which opened March 11, 2003.”

Guillon and FV Hospital have never looked back.

Today, it stands as the first JCI-accredited hospital in south Vietnam, provisioned with 220 beds and more than 1150 service staff which include 130 doctors, mostly Vietnamese with some expatriate doctors, as well as leading edge equipment.

FV also operates an outpatient clinic in Ho Chi Minh City’s business district, the two sites catering for the local population (75 percent of the patients are Vietnamese), expatriates and medical tourists from Cambodia.

Since opening, it has become known for its international standard of care, commitment to clinical quality and patient-centric service, what Guillon believes stands it apart in Vietnam’s healthcare industry, its high standards also providing an example to follow for other providers for the betterment of the entire sector.

“One of the major reasons a group of French doctors chose Vietnam in the first place is because of the close ties between our countries,” he explains. “A large number of doctors here have been trained in France, and Vietnam is one of the only Southeast Asian countries where foreigners can practice without knowing the local language.”

“More important is that Vietnam was starting from a very low base in terms of its medical sector, and we saw an opportunity for it to develop very quickly by introducing international standards. This is where we stand out – we are a premier hospital and have been ambitious right from the very start.” 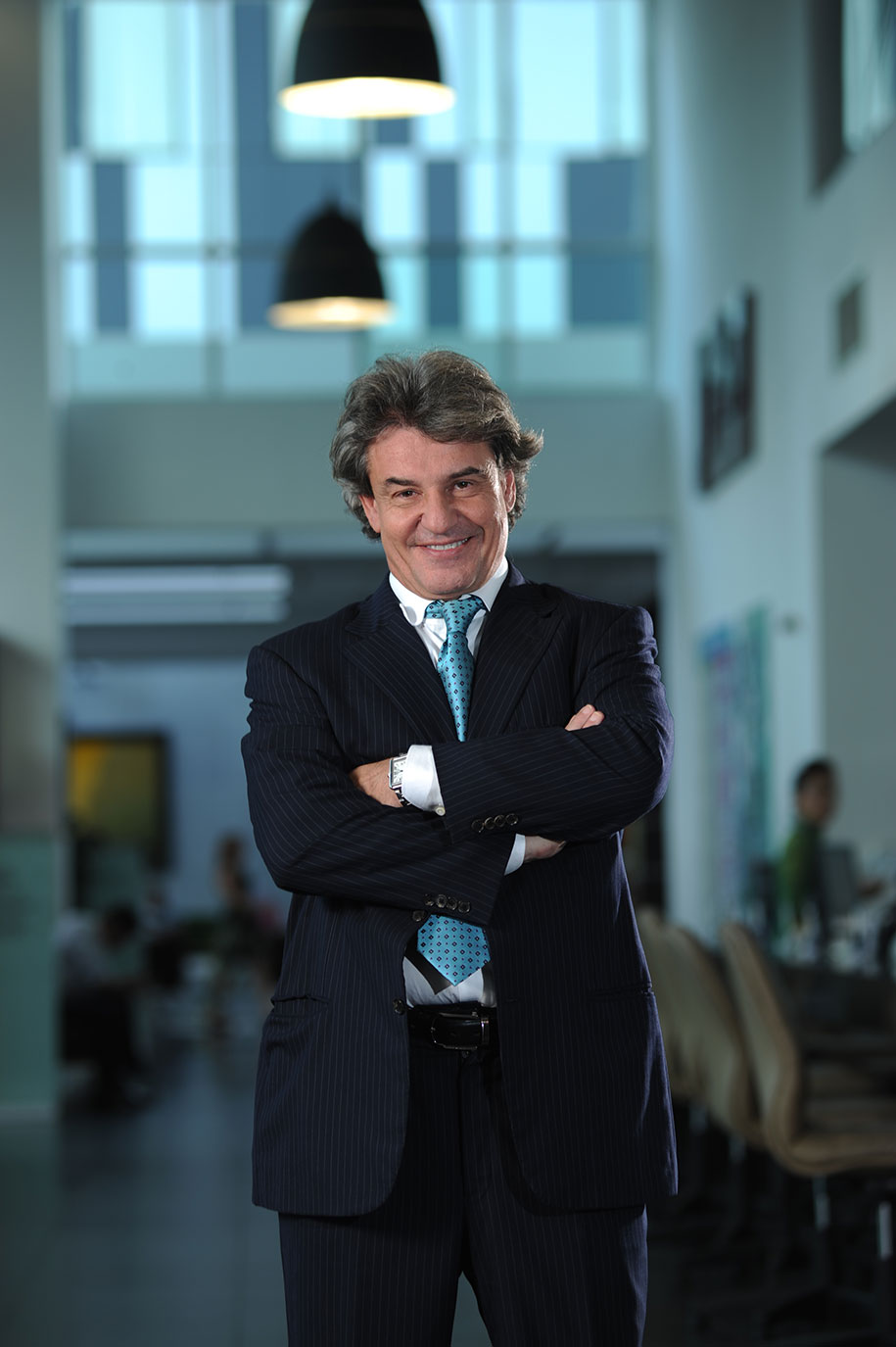 “Our success has reverberated through the wider healthcare picture, and this makes me proud.”

This is made possible by FV Hospital’s team of dedicated personnel and medical professionals.

Finding and developing talent has been an ongoing challenge since the hospital was established, but for Guillon it has been the most important aspect to get right.

Meticulous effort was put into compiling his management team and staff cohort, a blend of expats and young, impassioned local Vietnamese men and women combining to create a winning formula, one which is demonstrated by the group’s enviable retention rates.

For example, 50 percent of employees have been with FV Hospital for more than five years, while 25 percent have served more than a decade and 11 percent over 15 years at the organisation.

“Finding doctors willing to risk practicing at a new hospital set up by a group of French people in Vietnam was a challenge,” Guillon recalls, “but over time our team has got stronger and stronger, reflected by the fact that so many of our people have been here for many years, and now we are attracting great Vietnamese doctors who find in FV Hospital the working place they wanted, where they can develop their skills and build the future of the profession.”

Progressive investment in technology has also been key, FV Hospital also recognised as having the best equipment and information systems, able to provide leading edge treatments at extremely competitive prices compared to nearby countries such as Singapore.

And Guillon’s aim is to extend the affordability, capacity and breadth of the services provided by FV Hospital in the future, what he refers to as the organisation’s seven-year plan.

“There are two major parts to this,” he says. “The first is constructing a third building, which will add new activities and increase our capacity so we can present the complete offering. Alongside this, we are working with medical universities across Vietnam to help train the doctors we need for this growth.”

The second component involves expansion via acquisitions of private hospitals across other areas of Vietnam, the details of which the CEO is unable to reveal at this stage, although plans are afoot to kickstart this process in the near future.

It is here that Guillon reflects on the latest chapter in his career. The past 16 years in Vietnam have been something of a whirlwind ride for the Frenchman, who has treasured every one of those years in the country he has grown to love, now standing proudly as the father of two children in their teens, both born in FV Hospital.

Indeed, the country has developed enormously alongside his family’s growth, a journey which he says has been a privilege to be a part of.

Guillon concludes the conversation by reflecting on the progress Vietnam’s healthcare industry has made and looking ahead to what is possible in the coming period.

He says: “As I referred to earlier, we started with a low base in Vietnam. I still have a government report from 1997 which stated a real need for private investment in the medical profession.

“Back then there was I think just one private hospital in Saigon, whereas today there are around 35. Huge progress has been made in the public sector as well and it needs to continue as the Vietnamese population keeps on growing and the country keeps on developing at a rapid speed.

“You ask if I am optimistic about the future of the health sector here? My answer is certainly yes.”