From 7/10/2019 to 22/10/2019, French specialist, PhD. Dr Bernard Colin, will be on hand to offer consultations and treatment for ear conditions at FV Hospital’s Otolaryngology Department. Dr Colin has gained 25 years of experience in treating ear problems and has helped countless patients in Vietnam. One of whom was Mr T.M.T. who needed help regaining his hearing.

In Oct 2017, Mr T., born in 1974 and living in Phu Nhuan District, Ho Chi Minh City, had his left eardrum perforated when he was getting a haircut. He shared; “When I was lying on the hairdressing chair having my ears cleaned by the barber, a courier passed by knocking the barber’s arm which led to the ear-pick he was using to perforate my ear. I went straight to a local health centre to seek treatment and stop the bleeding. A few days later, my ear was still painful, I was suffering from tinnitus and my ability to hear was gradually reduced. After a period of time, my ear became so purulent and painful, I was unable to sleep well”.

After taking medication with minimal results in healing the problem, Mr T. went to hospital to have it checked. 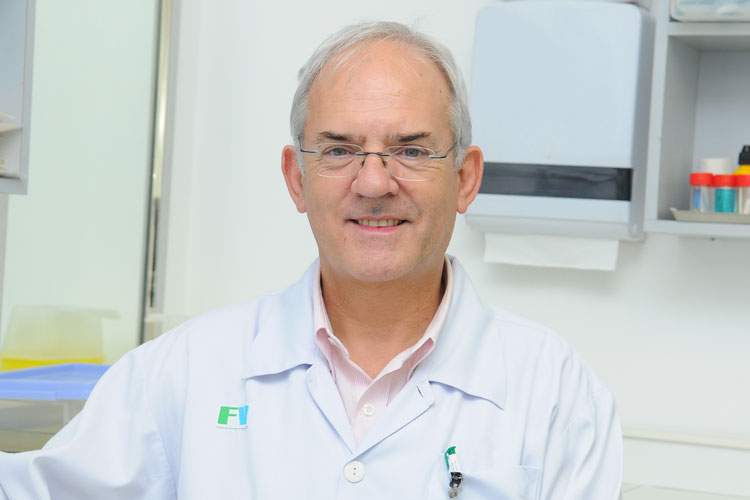 Here, he was told that his eardrum had been perforated and he needed it to be surgically patched. Following the surgical treatment, however, after a period of time his ear continued to discharge puss and it became even more difficult for him to hear.

In April 2019, Mr T. came to FV Hospital to be treated by Dr Colin. Following an examination, Dr Colin revealed that after the previous surgery, the stitching had become infected and the hole in the eardrum had become larger. He recommended that Mr T. would have to undergo surgery again.

Dr Colin explained; “The purpose of ear surgery is to completely remove the issue causing the problem, as well as implement a re-creation, ensuring that patients have dry and safe ears, so that their hearing is improved optimally. Before the surgery, Mr T. will undergo internal treatment for a period of time for the tympana to be dried entirely.”

Dr Colin slid a small line behind the patient’s ear and carried out a surgical eardrum patch to treat the injury as well as discharge any puss and re-create the eardrum. This helped Mr T. regain the ability of transmitting sound from his eardrum to the oval window for the tympana. As he underwent an unsuccessful surgical eardrum patch before, the organs inside his ear were affected too much, some places has become adhesive. Dr Colin had to carefully clean the ear before using the autotelic material, a helix cartilage, as a piece to create a bracket for the epithelium cells to fill up the hole in the eardrum.

“Following this second surgery, I can feel the difference clearly. After the previous surgery, my ear was very painful, the pain lasted more than 10 days. The surgery performed by Dr Colin, however, was very gentle and slight, the amount of medication needed was less and my health has recovered quickly. My hearing has improved so much as the surgery was very good”, Mr T. shared.

Mr T. is just one of many patients who has successfully undergone a surgical eardrum patch procedure at FV Hospital’s Otolaryngology Department by Dr Colin. Ear conditions can be a gradual loss of hearing, such as chronic otitis, otosclerosis, etc. or can be as a result of accidents caused by perforating the eardrum. These conditions are treatable at FV Hospital with a success rate of up to 90%.

The earlier you are treated, the quicker your ears recover

Dr Colin emphasized that ear conditions such as chronic otitis, punctured eardrum and ossicular chain injury, among others, can all badly affect hearing or even cause deafness. If you are treated as soon as you are aware of the condition, the rate of recovering your hearing is very high. Therefore, patients seek an examination as soon as they find symptoms of hearing loss in one ear when they are in a crowded or noisy place.

PhD. Dr Bernard Colin was formerly the Head of the Otolaryngology Department at St Luc Hospital, Lyon, France. He has gained many years of experience in surgery and treatment for ear conditions, such as chronic otitis, re-creating ossicular chain of transmitting sound, deafness, surgical eardrum patch, among others.