Nearly 80% of patients at FV Hospital choose laser hemorrhoid surgery because it’s almost no pain after surgery with fast recovery time, low recurrence rate and fewer chances of complications. Based on the grade of hemorrhoids, FV Hospital doctors will choose the right treatment method for the patient. 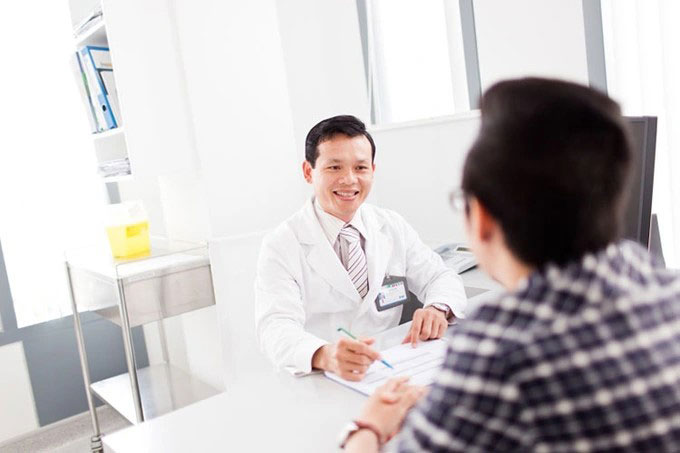 The disease is benign but cannot be taken lightly

According to statistics of the Vietnam Association of Rectum, hemorrhoids are the most common disease among colorectal diseases with the rate of 35-50%. Particularly for the population group aged 40 and over, the prevalence of the disease accounts for 60-70% in Vietnam. 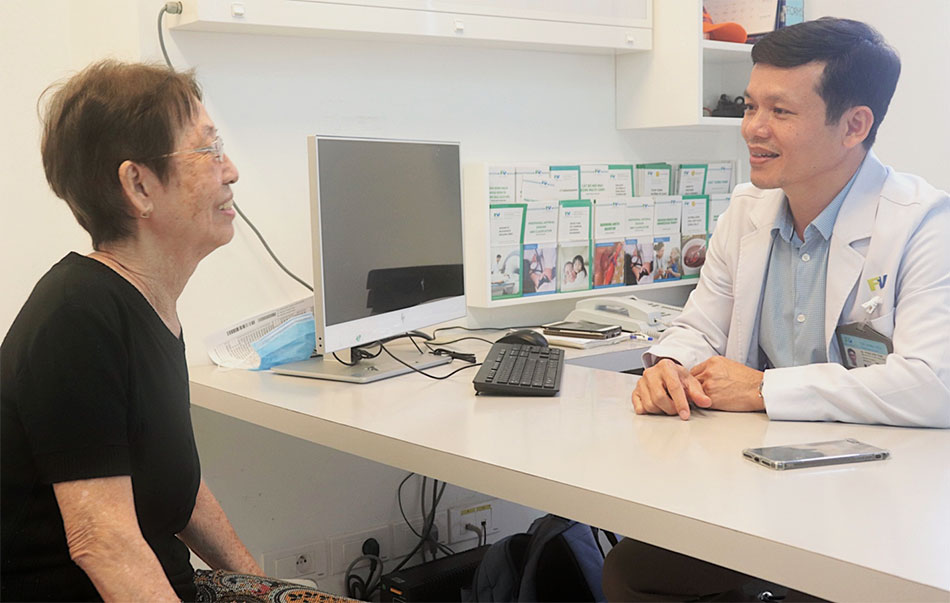 MSc. Dr.SLII. Phan Van Thai and a patient during an examination (Photo: FV).

MSc. Dr.SLII.. Phan Van Thai – Head of General Surgery Department of FV Hospital said that hemorrhoids are a benign disease, yet it causes discomfort to patients and can lead to complications, the most common symptoms are blood mixed in stools for a long time without recognition. Many patients have severe chronic anemia due to long-term recurrent bleeding, causing dizziness, fatigue, and poor health. Some severe cases of hemorrhoids can lead to complications of thrombosis, ulcers, skin infections around the anus… The more severe the hemorrhoids, the more difficult it is to treat and the higher the risk of complications after surgery. In fact, most patients tend to go to the doctor when the disease has progressed.

“The situation does not improve on its own, but most patients are embarrased and they feel that they can tolerate it, so they ignore it. By the time they have to go to the doctor, it is too severe. At that time, the treatment will be difficult,” said Dr. Thai.

Treatment of hemorrhoids is safe and effective depending on the grade

Hemorrhoids are classified according to anatomical origin and location of formation: external hemorrhoids and internal hemorrhoids. According to Dr. Thai, external hemorrhoids often manifest under acute thromboembolism, the patient can easily feel the swelling at the edge of the anus with a lot of pain because this is an area containing many nerve receptors and pain sensation. However, it can be easily treated by excision or simply by making an incision of the hemorrhoid to take thrombosis or just applying medicine and waiting for the clot to dissolve on its own in light cases.

Based on the grade of hemorrhoids, the patient will be prescribed by the doctor to choose the appropriate treatment method. Grade 1 hemorrhoids usually do not require treatment. Patients only need to understand the cause and adjust their diet and activities to prevent hemorrhoids from growing.

The less invasive methods of intervention, rubber band ligation, sclerotherapy have the advantage of the gentle treatment, but the success rate is not high, because only interventions with newly raised hemorrhoids, untreated hemorrhoids will still develop recur. Therefore, the indications for these methods are not popular. It can be applied to patients who are afraid of surgery and accept a high recurrence rate.

The surgical treatment plan is when the patient has grade 3 and 4 hemorrhoids. There are many different hemorrhoid surgery methods, each with its own indications as well as certain advantages and disadvantages. Sometimes, it is necessary to apply many combined methods for a specific case of hemorrhoids, for example, mixed hemorrhoids may have to apply internal treatment by Longo method or Laser combined with excision of external hemorrhoids by classical methods.

Particularly, laser surgery, in addition to applying to grade 3 and grade 4 hemorrhoids, can also be applied to cases of grade 2 hemorrhoids with complications.

In particular, laser surgery is considered a minimally invasive surgical method, which is widely used because of its optimal effectiveness. 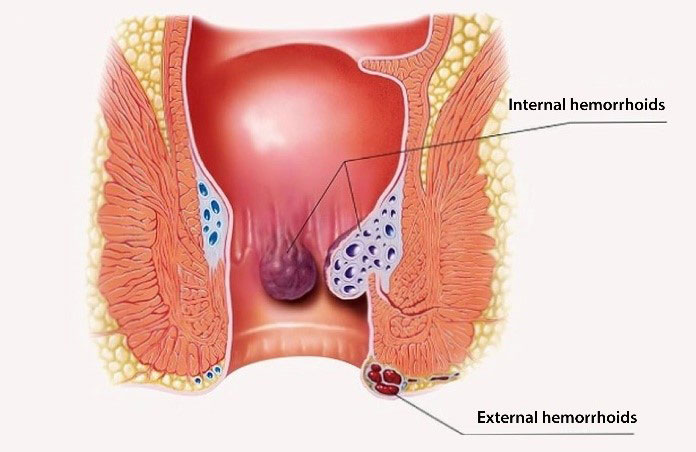 As noted by Dr. Thai, currently nearly 80% of hemorrhoid surgery patients at FV choose Laser surgery due to the outstanding advantages of this method.

“If you think that hemorrhoid surgery is simple and accept to do it in a place where there are not enough facilities or aseptic conditions are not good, serious complications after hemorrhoid surgery such as bleeding and infection of the perineum are with higher chance and it might be life-threatening,” Dr. Thai added.

At FV, in addition to the expertise of doctors as well as modern treatment equipment, postoperative care and infection control are also one of the hospital’s top priorities for patient safety. Patients recover faster and reduce the rate of complications after surgery.