C.Y.F., a 13-year-old boy from Taiwan, grew up with no pre-existing conditions, yet suddenly started suffering from a headache, vomiting and fainting. His parents took him to the A&E Department at FV Hospital, knowing the hospital well as other family members had previously been treated there. Whilst at FV, the patient was examined and diagnosed by Dr. Nguyen Manh Hung, Head of Neurosurgery and Endovascular Neurosurgery Department. 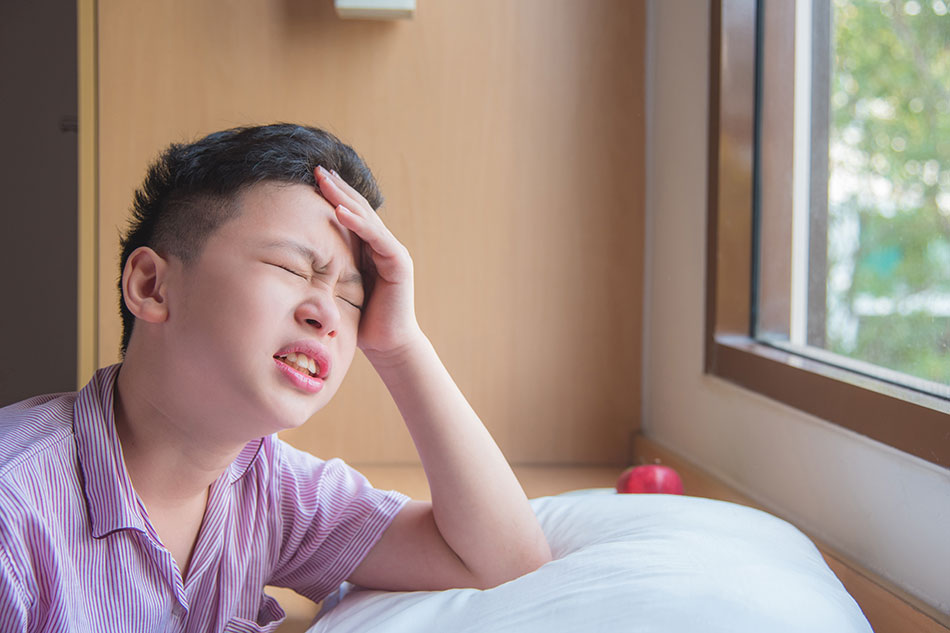 The CT scan results of the patient showed that his brain had become oedematous and there was a large amount of bleeding in the ventricle due to a cerebral rupture, as well as a malformed mass due to an aneurysm. An emergency multidisciplinary consultation was subsequently held between the doctors to determine the best course of treatment. The case included doctors from the following specialities; Interventional Neuroradiology, Endovascular Neurosurgery, Anaesthesiology & ICU Department as well as the Medical Director, the Head of Paediatrics, and Assoc. Dr Mahendran Nadarajah. Once agreed, the team quickly transferred the patient to the surgery room. When being moved to the operating room, the patient had almost lost all consciousness and his pupils began to dilate. It was clear that if surgery was now not performed immediately, the patient would die. Understanding the critical situation, Dr Nguyen Manh Hung created a small hole by drilling into the patient’s skull to insert a catheter and drain the excess cerebrospinal fluid as well as the hematoma in the ventricle. This operation took only one minute and in total the surgery was just 30 minutes. Part of the hematoma was successfully taken which saved the child’s life. However, the cerebrospinal fluid did not drain completely as expected. Two days later, Dr Nguyen Manh Hung needed to perform another procedure to channel out the cerebrospinal fluid once more. After the patient’s condition gradually improved, the doctor discussed with the family about the methods for the treatment of the cerebral aneurysm. There were three possible techniques to treat the condition; radiation therapy, surgery, and intravascular intervention. Through a professional explanation along with the experience and medical skills shown through the two previous surgical procedures, the family decided to trust Dr Manh Hung and choose the surgical method to eliminate the deformed mass and aneurysm.

On 24th March 2020, the patient was completely anesthetized and underwent the surgical procedure. First, Dr Nguyen Manh Hung opened the skull once again to access the brain and blood vessels, and reveal the carotid artery in case of bleeding during surgery. The deformed mass and aneurysm were then identified. The doctor separated, clamped, burned and removed the blood vessel branches feeding the deformed mass and carefully removed it from the surrounding brain tissue. Finally, the doctor reconstructed the cerebral vessels, putting the skull back in place. After the operation, the patient regained consciousness, and following 20 days of hospitalization, combined with physical therapy, the patient gradually recovered, being able to communicate normally again with his parents.

The patient’s parents shared: “My family was incredibly happy when our child recovered. We had no idea how serious his condition was as he was completely healthy beforehand; having never had any falls or bumps. When the doctor shared about his condition, our family was also surprised and scared. Luckily, my son arrived at the hospital in time and met Dr Hung who helped save his life. I would like to say thank you to Dr Hung, the surgical team and the postoperative care team of FV Hospital for helping my child get better day by day.”

Doctor Nguyen Manh Hung said that often cases such as the intracerebral haemorrhage, seen in C.Y.F., can be deadly if surgical treatment is not performed immediately. Opening the skull, clamping and removing the deformed mass and brain aneurysm have been used for a long time as a treatment for major cerebral artery malformation before intravascular intervention. Dr Nguyen Manh Hung shared; “Luckily, after the professional consultation, accurate diagnosis and timely operation, the patient has now overcome the critical illness. The most important thing is always the patient’s life, and as this patient was just a child, it made me even more determined to fight for his life.”