When patient P.D.T. (65 years old, male, residing in HCMC) learned that he had COVID-19, he isolated at home and self-treated for six days. Initially, his symptoms were normal, although the number of breaths he needed to take per minute was fairly high. Mr T.’s family continued to monitor him and apply home remedies, following local guidelines. However, on the seventh day, Mr T.’s condition worsened and he began to exhibit concerning signs.

Correct, timely treatment reduces the risk of death from COVID-19

Before being admitted to the hospital, Mr T. was given 10 litres of oxygen per minute at home, but when the family noted that his breathing was still fast and heavy, they decided to take him to hospital. When Mr T. was admitted at FV Hospital’s Emergency Department, his Sp02 index had dropped to 88 per cent, which could explain why, although Mr T. didn’t feel tired or had difficulty breathing, his breathing rate had increased. Many COVID-19 patients in Vietnam have experienced “silent hypoxia”, when the level of oxygen in the tissues is insufficient to sustain bodily functions, and sadly, many cases become critical with no chance of survival.

Realising that Mr T. was likely experiencing hypoxia, the doctors at FV increased his oxygen dose to 15 litres per minute to stabilise his breathing. In addition, the family also said that during his home treatment period, Mr T. had excreted black faeces.

Dr Nguyen Nam Binh, who works at FV Hospital’s Pain Clinic and COVID-19 Treatment Department, received Mr T. and oversaw his treating from the beginning. “The patient had signs of bleeding in his digestion system. This condition may be due to the use of anti-inflammatory and anticoagulant drugs when being cared for at home, or it may be due to stress or a history of untreated stomach disease.” This situation posed a difficult problem. Most of the drugs used in the treatment of COVID-19 today include anti-inflammatory, anticoagulant and antiviral drugs, the first two of which could make Mr T.’s bleeding more serious.

In addition, Mr T. was elderly and had many underlying diseases, including Type 2 diabetes, high blood pressure and a history of stroke. Mr T. was also currently suffering from severe pneumonia caused by SARS-COV-2. His doctors considered this to be a severe case of COVID-19 and transferred Mr T. to a specialised area for treatment. 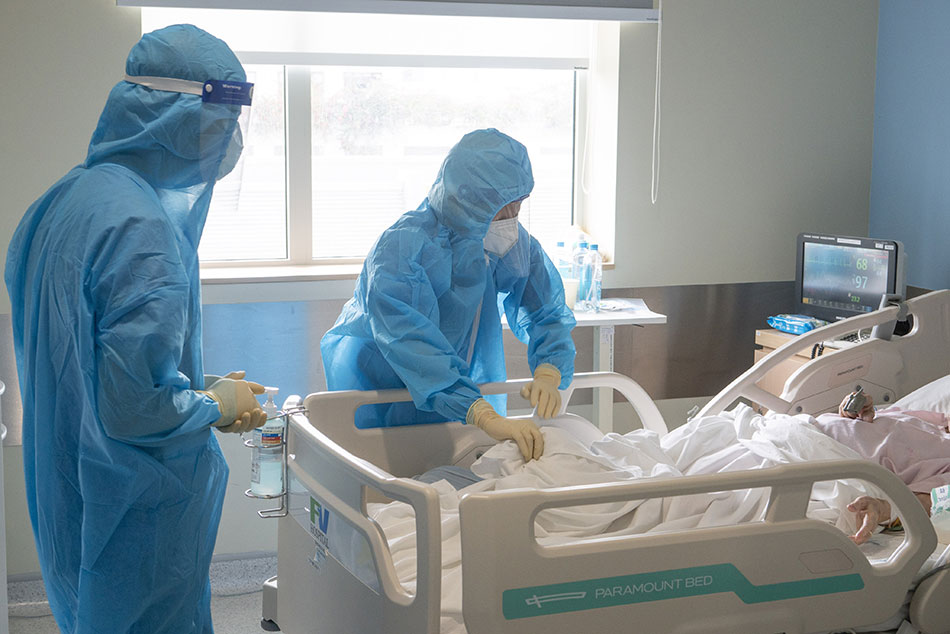 After consultation, a treatment protocol to control his gastric bleeding in parallel with COVID-19 treatment was proposed for Mr T. In addition to maintaining treatment with anti-inflammatory, anticoagulant, and antiviral drugs according to international guidelines, doctors prescribed high-dose proton pump inhibitors (PPIs) to protect the patient’s stomach. Every 24 hours, FV staff conducted a complete blood count to assess the degree of bleeding.

Accompanying patients and relatives throughout the journey

After three days of treatment, Mr T. was responding well to his treatment regimen and HFNC oxygen therapy. Continuous care and frequent changes of Mr T.’s position yielded positive results, his gastrointestinal bleeding decreased, and he was showing signs of recovery. Even so, doctors were still considering the option of intubation if his situation worsened.

In addition to treatment for COVID-19, physical therapy, nutrition and psychological support are also very important for patients. “Here, we have good conditions to follow the patient closely, assess his condition continuously and consult to quickly develop a plan. Usually a correct, timely decision can improve a patient’s condition and outcome a great deal,” noted Dr Nam Binh.

Thanks to the close monitoring, continuous encouragement and timely adjustments of FV’s doctors, Mr T. made an excellent recovery. Over the next two days of care, Mr T.’s SpO2 index returned to normal, and his breathing rate became stable. Doctors started weaning him gradually off his oxygen so that Mr T. wouldn’t become dependent on a ventilator. 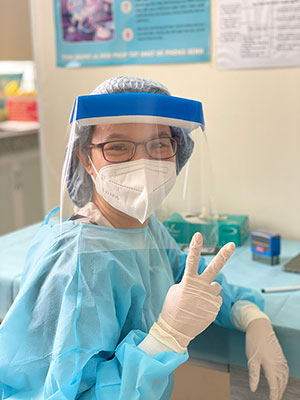 Mr P.T.D., Mr T’s son, said that when his family members brought Mr T. to FV Hospital for COVID-19 treatment alongside lots of other patients, he was very worried because he did not know what the situation was at the hospital. But when FV doctors called daily to update the family on Mr T’s condition, and the nursing staff also helped him to talk to his father via video calls to encourage Mr T. in his fight to get better, he felt more confident. “I know all medical staff are very busy during the epidemic, but the way doctors and nurses always take the time to have a thoughtful exchange with my father and my family, along with video calls from the hospital, helping me to see my dad and talk to him every day, that really makes me feel very secure,” shared Mr. T.D.

Another notable point is that after Mr T.’s health improved, he showed some symptoms similar to “brain fog” syndrome, a condition confirmed by the US CDC to be related to the “post-COVID-19” period. This syndrome causes forgetfulness, inability to concentrate, decreased analysis, or in Mr T.’s case, an expression of emotional loss and emptiness.

In addition, many cardiovascular, digestive and neurological diseases and disorders are being detected in many patients who have recovered from SARS-COV-2. Therefore, doctors at the COVID-19 Treatment Department of FV Hospital recommend that patients should still regularly re-examine and monitor themselves for signs of illness immediately after successful COVID-19 treatment. 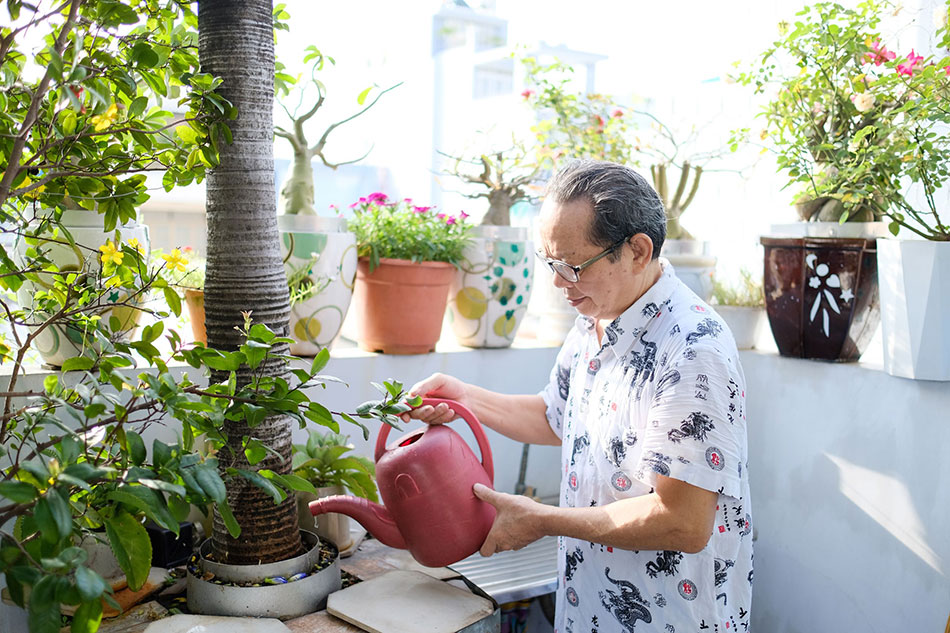 After being home for two weeks, with the care of his family and encouragement from his doctor, Mr T.’s condition was stable and he returned to his usual normal daily activities.

After Mr T. was discharged from the hospital, Dr Nam Binh continued to monitor him through remote treatment to ensure that the sequelae caused by COVID-19 did not affect Mr T.’s quality of life. Mr P.T.D. said, after about two weeks at home, with the care of his family and encouragement from FV’s doctors, his father’s condition has stabilised and he returned to his normal activities.