FV Doctors save the life of Nine-year-old Boy who swallowed metal screws and a magnet, causing intestinal obstruction, perforation of the colon and duodenum

“Being a mother, when I first heard the doctor say that my son had swallowed a foreign object, I thought it was as simple as the cases I often see on the television. But my family didn’t expect our situation to be so dangerous…” said Ms M.T., her voice cracking and tears rolling down her cheeks.

This is the story shared by a mother of nine-year-old patient C.H.P, living in Ho Chi Minh City, who was successfully operated by Dr Le Duc Tuan at FV’s General Surgery Department. Little P had accidentally swallowed small screws and a magnet and the objects became tightly packed together forming a block of metal which caused intestinal obstruction.

Before being admitted to the hospital, the child had symptoms of abdominal pain and vomiting, leading to dehydration. His family immediately sent the child to the Paediatric Department at FV Hospital for examination and hospitalisation for water transfusion. The doctor gave P an ultrasound, but the image still did not show the issue clearly, so he was assigned additional MRI scans so the problem could be better observed. The results showed that there was a foreign block causing intestinal obstruction, but the specific diagnosis was not yet known. P underwent laparoscopy and the results of abdominal observation showed that the small intestine was obstructed, the peritoneal fluid was clear yellow and the small intestine-colon-duodenum were adhered to a mass. Dr Le Duc Tuan decided to perform open surgery with general anaesthesia. During the operation, Dr Tuan discovered that many small screws were stuck together by a magnet, causing the small intestine to become twisted and blocked in three positions. P’s duodenum and colon were perforated due to the passage of foreign bodies. The doctor removed the foreign objects, stitched the perforated bowel, cleaned the abdomen, then placed a drain and a feeding tube through Ps stomach and brought out the perforated colon to make a temporary artificial anus.  The surgery took more than six hours and ended in great success. After surgery, P’s health condition was stable and the artificial anus was removed a month later. Now that P is healthy again, P’s parents are very happy and send their sincere thanks to Dr. Tuan and his team.

Seeing their child brought back from the door of death, P’s parents were very happy. “The words ‘thank you’ cannot convey all the gratitude that Dr Tuan brings to our family. We are very grateful that Dr Tuan was so meticulous, careful and gentle at every stage. FV’s dedicated surgical team and post-operative care team were also excellent, and played a huge role in our son’s survival. When the doctor first gave me the pictures of the foreign objects inside him, I didn’t dare to look. When I did look, I felt cold all the way down my spine and got goosebumps. I don’t dare to think what the consequences might have been if the problem had taken longer to discover and the surgery had been delayed a little longer. During the peak of the COVID-19 epidemic, my family did not know where we could take my son but FV. The Hospital was close to my home, and according to my understanding, the examination environment here is extremely clean and of an international standard. I knew it was the safest choice for our child.” 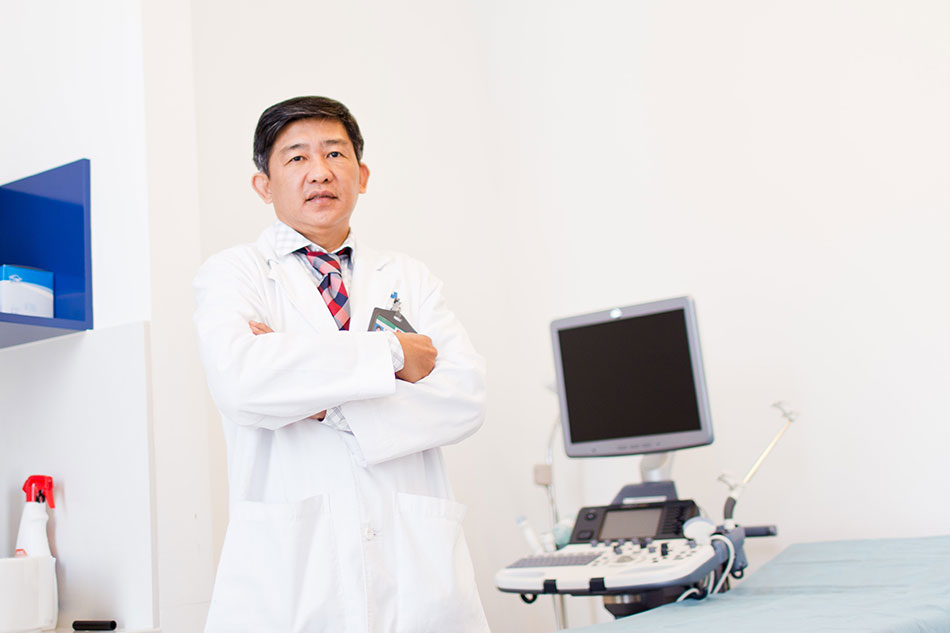 According to Dr Le Duc Tuan, swallowing foreign objects is a common accident in young children due to their curious nature and love of exploring the world around them. However, the case of children swallowing metal toys with a magnet is especially dangerous. Magnets attract other metals and so when children swallow metal and magnets together, they often stick together along the digestive tract, especially in segments of the intestine. This obstruction causes pressure on the intestinal wall and ischemia, leading to perforation of the intestine and necrosis which can cause septic shock and even death.

Using the case of C.H.P as an example, FV Hospital doctors also recommend that parents be careful when choosing toys for children, and carefully check the quality and quantity of toys to ensure safety. If it’s suspected that a child has swallowed foreign objects and is experiencing abdominal pain and vomiting, the child needs to be taken immediately to a medical facility to be examined.

FV Doctors save the life of Nine-year-old Boy who swallowed metal screws and a magnet, causing intestinal obstruction, perforation of the colon and duodenum