Modern endovascular surgery method under the guidance of imaging technology in FV Hospital’s Cathlab has helped many patients with cerebrovascular diseases to recover faster, without doctors needing to open their skull. 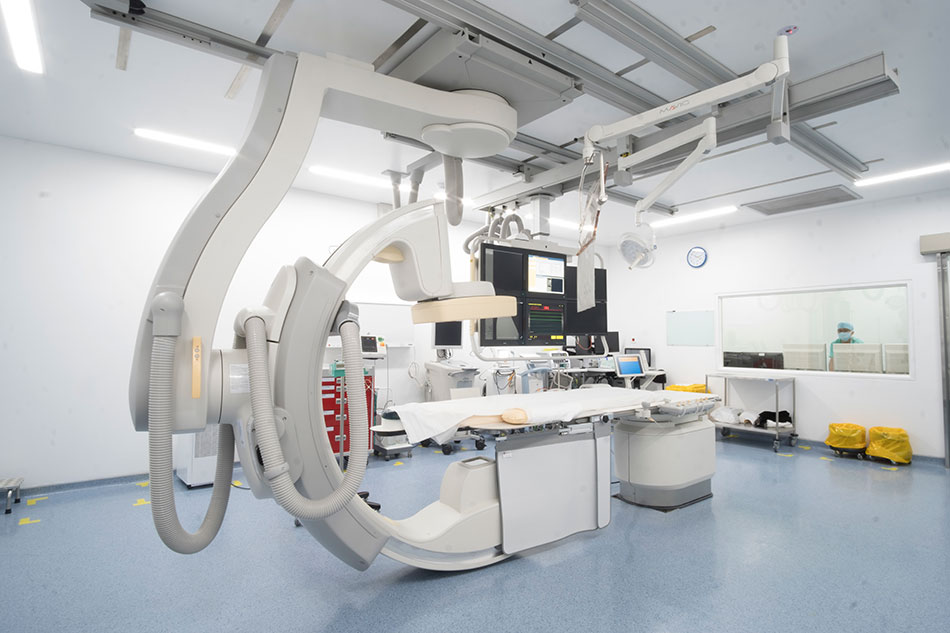 Patient L.S. (Korean, 43 years old) came to FV’s Accident & Emergency Department with a severe headache. Doctors requested a CT scan which showed that the patient had a subarachnoid haemorrhage. Doctors also discovered that the patient had two anterior communicating artery aneurysms of around 3.5 millimetres. One of these ruptured aneurysms was the cause of the subarachnoid haemorrhage. In severe cases, a brain haemorrhage can cause brain damage, paralysis, coma, or even death.

The patient was transferred to the Cathlab where Dr Nguyen Minh Duc, Specialist Level I, Neurosurgery and Endovascular Neurosurgery Department, could conduct an aneurysm intervention with his team. Using the Digital Subtraction Angiography (DSA) system under the support of imaging technology, Dr Minh Duc inserted a catheter through the femoral artery in L.S.’s groin and carefully ran it to his brain to insert coils into the aneurysm, preventing bleeding and risk of another rupture. The procedure ended successfully after three hours, and L.S. was discharged after three days of the intervention without a headache. 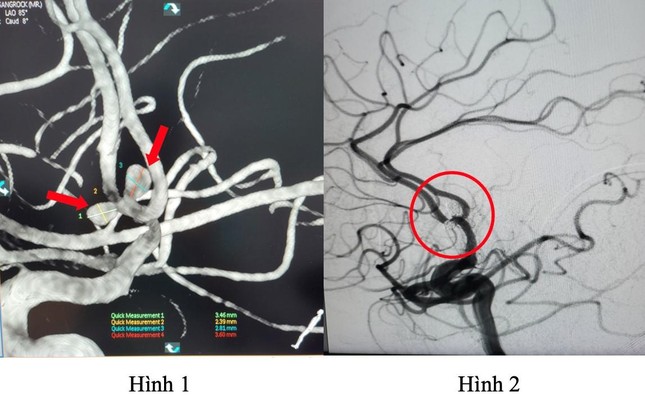 Dr Nguyen Minh Duc said: “In the past it was necessary to open the skull and lift the brain to access the aneurysm. However, thanks to modern endovascular surgical techniques with the support of imaging in the Cathlab, we can correct issues via minimally invasive techniques, ensuring a faster patient recovery and shorter hospital stay.” 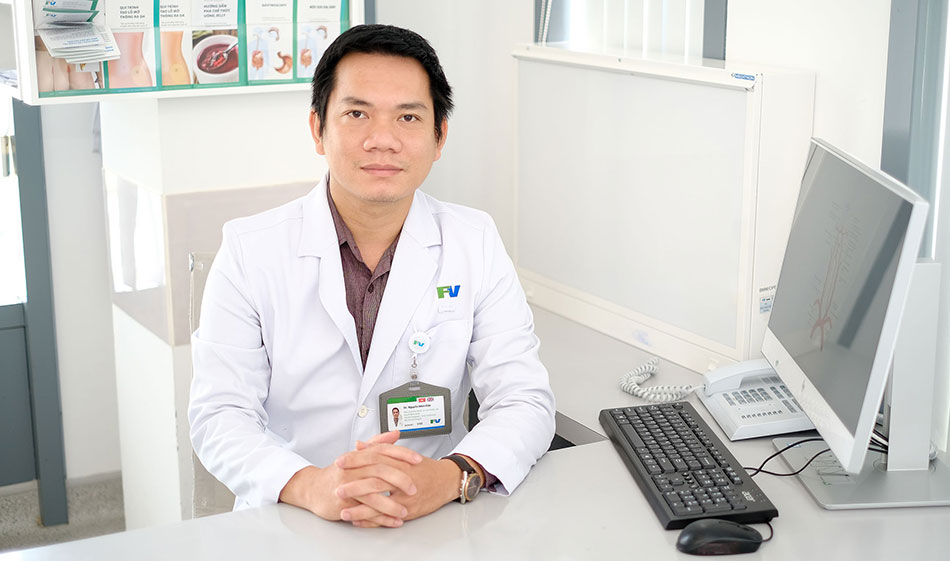 Mrs K.D.Y. (63 years old, Korean) was another patient treated promptly at FV. Mrs Y. fainted while at the supermarket and was was taken to FV Hospital in a state of hemiplegia. According to the initial assessment, an artery had become blocked in her brain, causing a stroke. Immediately, doctors at FV’s A&E Department gave Mrs Y. a thrombolytic medication to dissolve the blood clots, opening the blocked artery in her brain. At the same time, FV’s Cathlab team of neuroendocrine interventionists and anaesthesiologists were notified to be ready if needed.

Realising that blood clots had appeared in one of the major arteries of Mrs Y.’s brain, her doctors transferred her to the Cathlab for cerebrovascular intervention. Immediately after the intervention, Mrs Y.’s muscle strength showed obvious signs of recovery. After 24 hours of surgical follow-up, she had recovered completely.

After three days of hospitalisation combined with early physical therapy, Mrs Y.’s health was stable. She was able to move under the guidance of physiotherapists and could speak clearly. 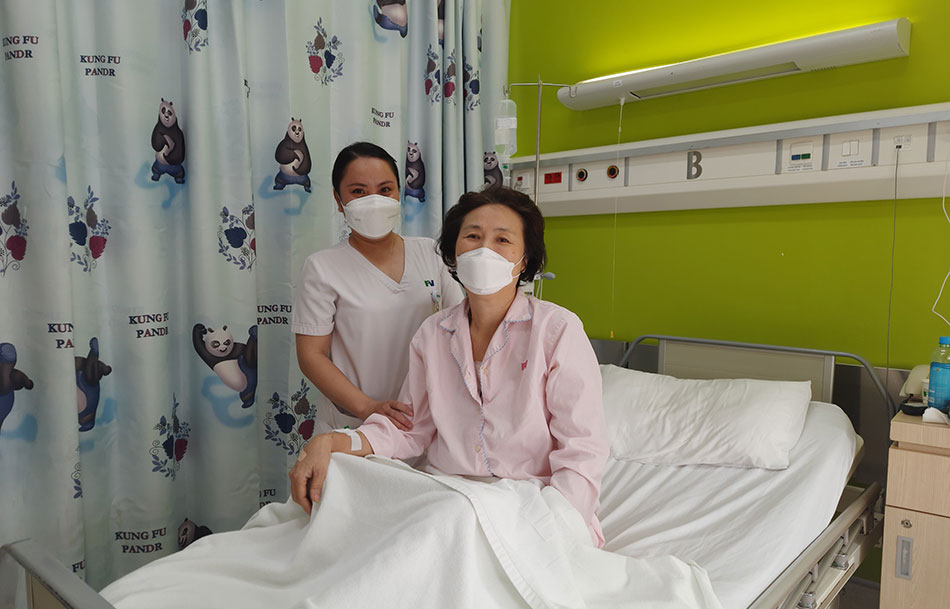 Dr Nguyen Minh Duc, who performed the neurovascular intervention, says that Mrs Y.’s stroke was caused by a blood clot in the middle cerebral artery (MCA), causing blood and oxygen loss in the brain. The longer the brain is starved of oxygen, the more damaged it becomes, adversely affecting the patient’s ability to function.

In order for a stroke to be successfully treated, the patient needs to be taken to the hospital quickly so that the medical team can respond promptly. “The identification, initial treatment and quick activation of emergency situations by doctors at FV has been the key factor in many successful cerebrovascular intervention cases,” emphasised Dr Minh Duc. Patients need to be taken to a hospital for interventional techniques within four hours to ensure the success rate of the treatment, as well as minimise long-term complications.

At FV, endovascular neurosurgery procedures are performed quickly and with little invasiveness thanks to the effective support of the Cathlab, which has received millions of US dollars of investment from FV hospital. FV’s modern Cathlab equipment helps doctors define the exact location of brain artery damage, shortening procedure time, increasing safety and the patient survival rate, and limiting complications such as paralysis, aphasia, or loss of consciousness caused by a stroke. However, this technique requires modern synchronous equipment and doctors with extensive expertise, so only a few large hospitals in Vietnam can provide it.

In order to reduce the burden of cost on patients, FV Hospital in collaboration with Ho Chi Minh City Social Insurance has expanded the scope of medical examination and treatment by National Health Insurance for high-tech treatment services at FV Cathlab, including: imaging and intervention to remove cerebral artery thrombus with DSA; CT or MRI cerebral angiography; carotid cavernous fistula DSA; cerebral artery aneurysm and node, cerebral arteriovenous malformation; angiography, dilation and stenting of coronary artery, mesenteric artery, renal artery; electrophysiological exploration and treatment of arrhythmias with high-frequency ventilation; and other procedures according to the technical list approved by social insurance.