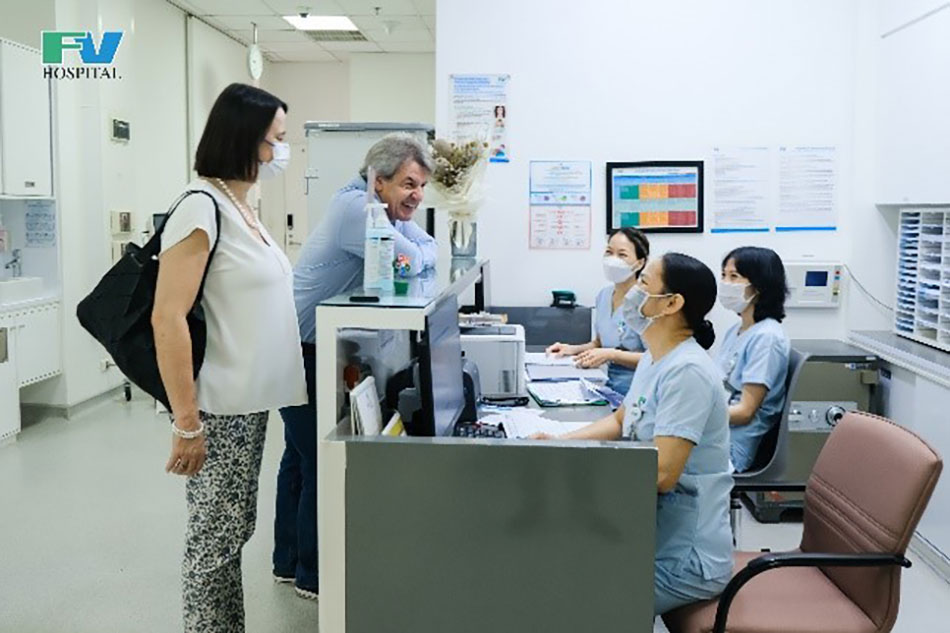 Ms Emmanuelle Pavillon-Grosser began her term as French Consul General in Ho Chi Minh City from September 2021. This is her first official assignment in Vietnam, and the first time she holds the role of Consul General in a country.

During the visit, Dr Jean-Marcel Guillon, on behalf of the staff of FV Hospital, wished Ms Emmanuelle Pavillon-Grosser a successful term in Vietnam and in Ho Chi Minh City particularly. At the same time, he expressed hope that FV would receive more support and companionship from the French Consulate in the future.

Her term as Consul General began shortly after FV Hospital completed the COVID-19 Vaccine Programme for the French Community. Therefore, on this occasion, she also thanked FV for its support in the various vaccination programmes and hoped that the hospital would continue to be a reliable healthcare facility for French citizens in Vietnam.

Following the vaccination programme for French citizens over 18 years old, in October FV Hospital implemented the vaccination programme for children over 12 year old who are French citizens and students at the Lycée Français International Marguerite Duras. The COVID-19 vaccines used in these programs were all provided by the French Government, with approval from the Vietnamese Government.