Patients with stomach cancer improve after having treatment at FV hospital

Many stomach cancer patients are living well more than five years after their surgery thanks to modern treatment methods via multi-specialty collaboration at FV Hospital.

Five years ago patient Nguyen Hoa Tran (72 years old) was experienced abdominal pain, excessive gas and nausea after eating. After being examined at several local hospitals, he was diagnosed with stomach cancer. Mr Tran was worried but his family encouraged him to seek care and brought him to FV hospital.

Dr Phan Van Thai, Head of General Surgery Department of FV Hospital, recalls that Mr Tran was admitted to the hospital when the cancer was in stage IIIB. Many clusters of lymph nodes had metastasised in the stomach; if all lymph nodes were not removed, the possibility of the cancer recurring within a few years was quite high. Dr Van Thai carefully removed the nodes intact and resected three quarters of the stomach that contained the tumour along with all clusters of nodes, careful to ensure that no material from the nodes remained in the abdomen. This challenging surgery saved Mr Tran’ life. Five years later, Mr Tran is still healthy. 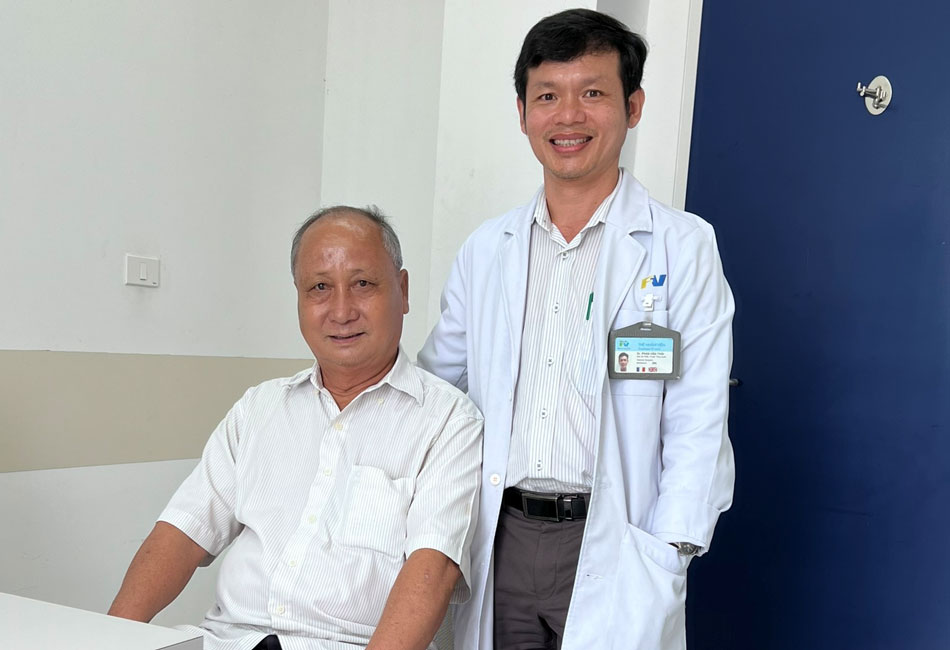 One of FV hospital’s many advantages is that it offers multi-specialty care under one roof. In complicated cases, physicians collaborate closely to offer diagnosis and treatment across various faculties to enhance treatment efficiency. In a case of a 90-year-old male patient with gastric cancer with severe bleeding complications, doctors consulted between departments including General Surgery, Anaesthesiology and Resuscitation, Imaging, Gastroenterology and Oncology in order to develop a comprehensive treatment plan.

“Realising that the patient was healthy enough for anaesthesia, we decided to perform a laparoscopic surgery to remove two-thirds of the stomach with lymph node dissection to eliminate the cancer. After treatment, the tumours shrunk and the patient recovered. It has been nearly five years since we performed the surgery and the patient is living a normal life,” says Dr Thai.

Patient Tran Van Phuong (60 years old) was admitted to the Emergency Department at FV in November 2020 in a state of exhaustion, presenting with black stools, low blood pressure, severe anaemia, paralysis on one side of his face and weakness in his limbs on one side. Mr Phuong underwent an urgent endoscopy and was diagnosed with stage III gastric cancer with a bleeding tumour. He was given a temporary emergency haemostasis injection. His MRI results showed that an artery area of ​​his brain was blocked.

A team of interdisciplinary doctors closely monitored Mr Phuong, treating his stroke and preventing the stomach tumour from bleeding. After 19 days of intensive treatment, his condition improved. The doctors removed three quarters of his stomach and performed a lymphadenectomy by laparoscopic surgery. The surgery took place over four hours and after only 10 days of recovery, Mr Phuong’s condition had stabilised, and he was able to eat and walk with crutches. Currently, Mr Phuong is continuing chemotherapy at Hy Vong Cancer Centre. He is in good health and can even ride a bicycle. 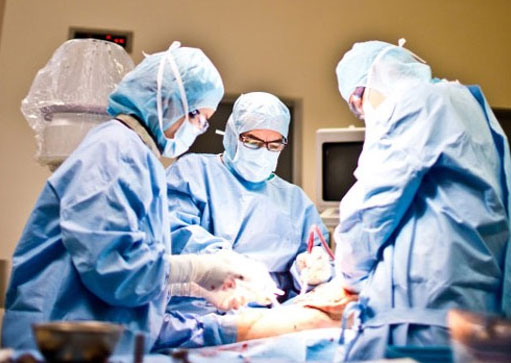 Doctors at FV Hospital operating on a cancer case

Common signs of stomach cancer include fatigue, unintentional weight loss, appetite loss, heartburn, nausea, abdominal pain, black stools, etc. Symptoms of early stage cancer are often vague and easily confused with other stomach issues. Everyone should be proactive in preventing disease by adopting a healthier lifestyle and have a regular screening.

Patients with stomach cancer improve after having treatment at FV hospital