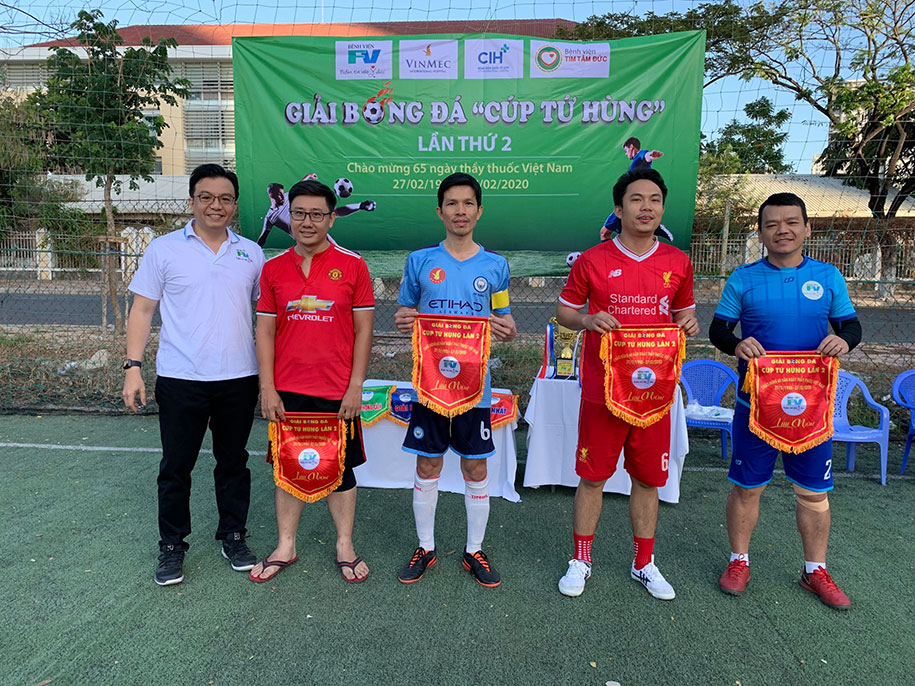 Taking place to mark the 65th anniversary of Vietnam Doctor’s Day (February 27th, 1955 – 2020), the tournament provided for a great opportunity for medical staff to come together, share experiences and play their much loved sport. The event, for the second time, was hosted by FV Hospital and was held at Huynh De – Phu My Hung Football Field, 7 Tan Phu Street, District 7, Ho Chi Minh City.

Opening the tournament, FV Hospital Medical Director, Dr Do Trong Khanh encouraged all the teams, wishing the players the best of luck. After the draw, the teams competed in a round robin tournament, with the team with the most wins deemed champions. The prize on offer for the winners was a trophy, event flag and a reward of three million VND. 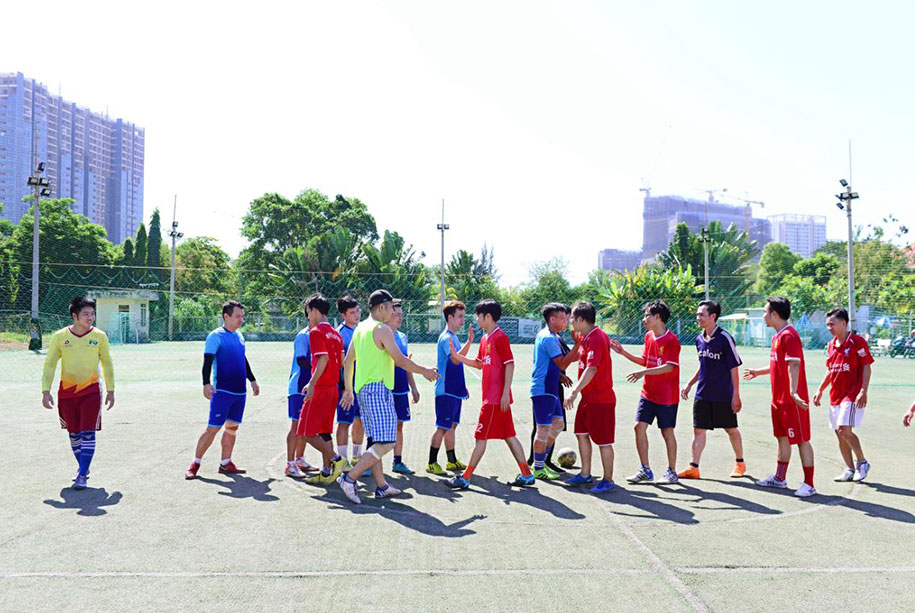 After a day of exciting and tough games, it was FV Hospital who became the new champions of the Tu Hung Football Championship 2020. They achieved this by narrowly beating, the runners up, City International Hospital on goal difference. Tam Duc Hospital came in at 3rd place, and Vinmec Hospital in 4th. 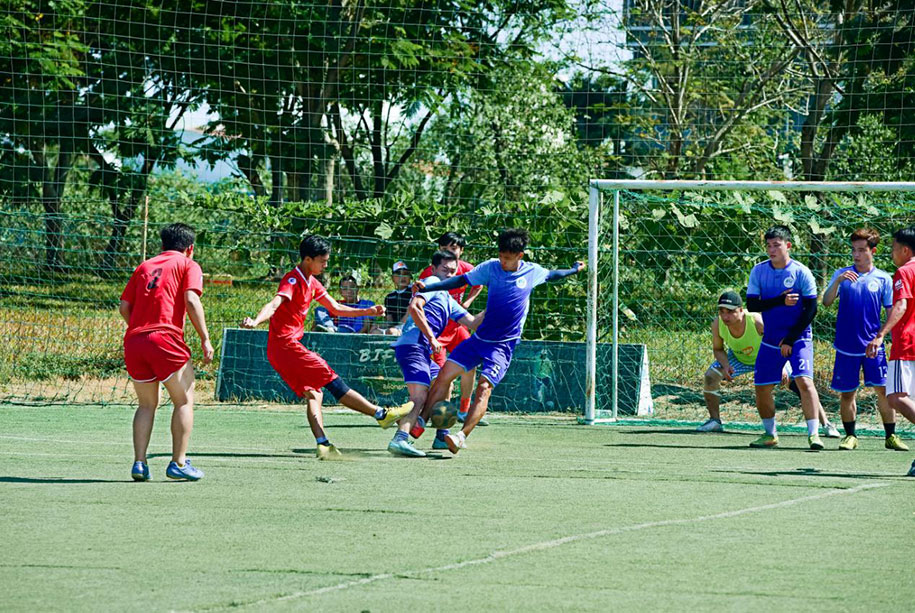 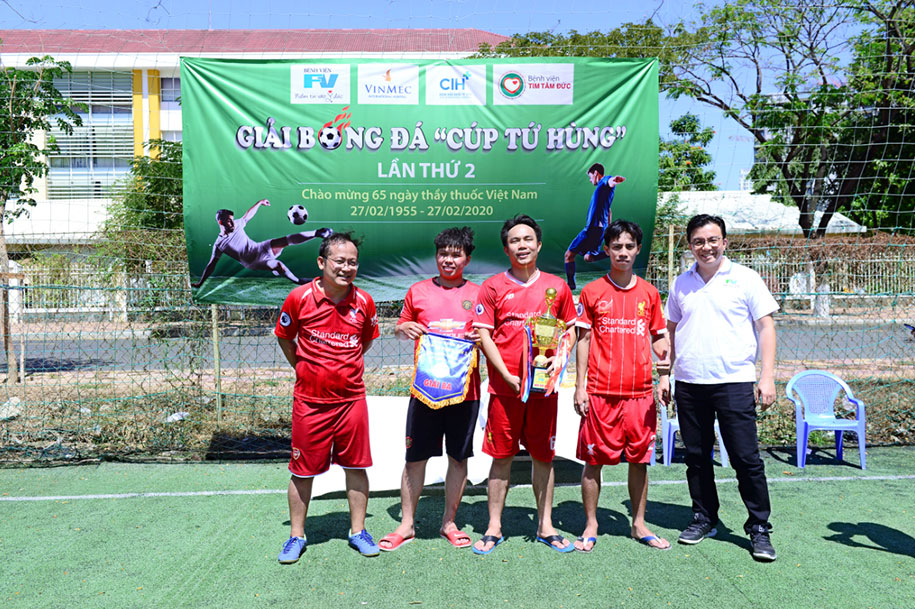 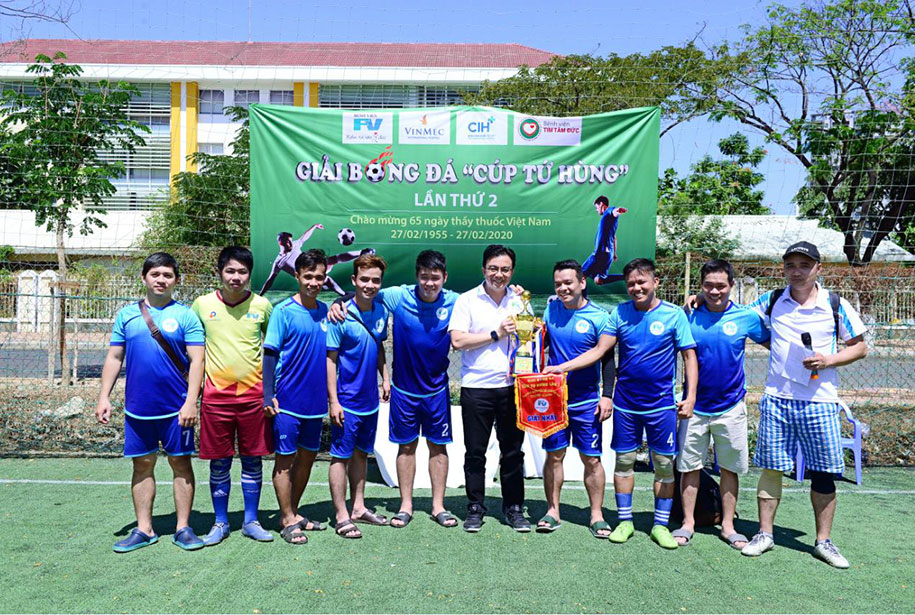 The championship marked a fantastic time for the medical staff to celebrate Vietnamese Doctor’s Day, and it was a great opportunity to bring like-minded professionals together. Dr Pham Truong Huy, who works for the Cathlab Centre of Tam Duc Hospital enthusiastically shared: “The doctors of Tam Duc Hospital are very happy to participate in the “Tu Hung” Championship. We hope to have more tournaments, maybe held quarterly, to have more opportunities to exchange information about healthcare. Regarding the game itself, I think it is better to be in the afternoon, when the weather is cooler.”

Doctor Chau Minh Toan, Department of Internal Medicine I, City International Hospital, expressed that he thought the thorough organization of the event by the home team was fantastic. Agreeing with him, from the same hospital, was Dr Vu Manh Truong, from the Emergency Department, who added: “This is the first year that City International Hospital participated in the tournament. Our team was impressed with all the players’ spirit, everyone was friendly and enjoying themselves. I would suggest that the organizing committee should give medals to the players in the following tournaments”.

Being in good spirits for winning at home, FV Football Club Manager, Mr Nguyen Phan Dao said: “Thank you to all the teams who enthusiastically participated in the tournament. With the championship won, the team is very happy and excited. On behalf of the FV team, I would like to deliver our thanks to the Board of Directors of FV Hospital for creating a great event for members to meet up, and improve their health after work. Special thanks to Dr Do Trong Khanh for his support to the team. We hope that more occasions like this will be seen in the future!”