“My father’s health is much better now. Fortunately, my family brought my father to FV in time. The service here is excellent, which gave me peace of mind when entrusting FV with my father’s care. Frankly, when choosing a hospital during the ongoing epidemic, I will only trust a hospital with clean and safe environment that meets international standards, like FV,” says the son of patient Mr T.V.P. 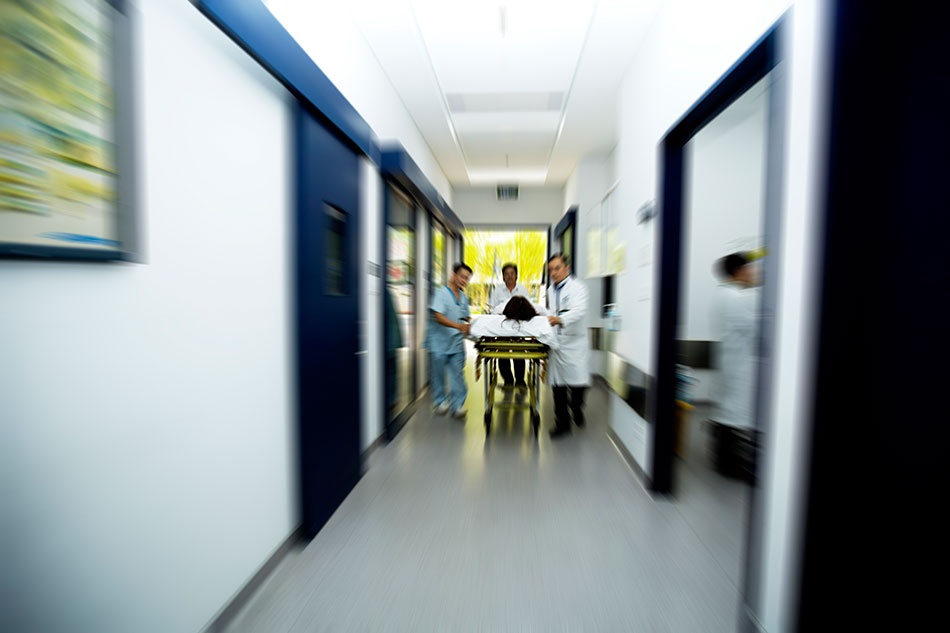 Mr T.V.P. was admitted to the emergency department at FV in November 2020 in a state of sudden fatigue, presenting with black stools, low blood pressure, and severe anaemia. One side of his face was also paralysed, and he was experiencing weakness in one arm and leg.

Mr T.V.P. was immediately transferred to FV Emergency Department for a blood transfusion and initial resuscitation due to his critical condition. Doctors conducted an urgent endoscopy, identifying gastric cancer as the source of the bleeding, and Mr T.V.P. received a temporary haemostatic injection for emergency treatment.

Mr T.V.P. was assigned an MRI scan to check his cerebral blood vessels. Imaging results showed that the blood vessels in an area of ​​his brain vessels were blocked.

Dr Phan Van Thai explained that the patient had stage three gastric cancer with a large tumour and metastasised lymph nodes. The patient was anaesthetised for a three-quarter gastrectomy and radical lymphadenectomy by laparoscopy.

Dr Phan Van Thai has many years of experience treating stomach tumours, and his team successfully completed Mr. T.V.P’s surgery within four hours. Additionally, after receiving excellent postoperative care, 10 days after surgery Mr T.V.P.’s condition was stable and he was able to eat, drink and walk on crutches. Currently, Mr T.V.P.is receiving chemotherapy at FV Hy Vong Cancer Care Centre, is in good health and can exercise and ride a bicycle and look forward to a good quality of life. 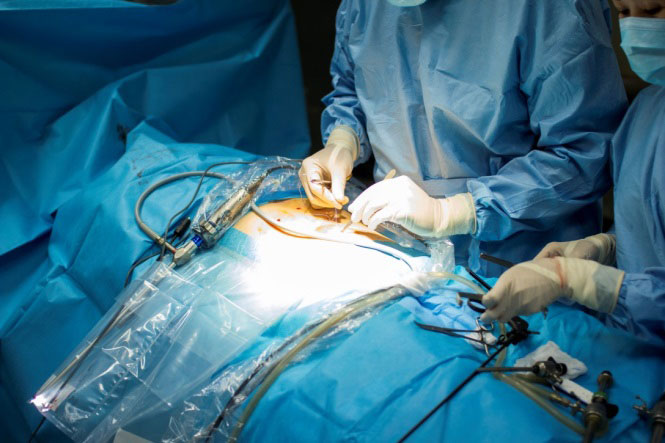 Speaking to his father’s treatment, T.V.P.’s son shared: “My father’s health has almost completely recovered, and he can go for a walk, drink tea and talk with his friends. At FV Hospital, we were met by a team of enthusiastic and friendly medical staff who took good care of my father, especially Dr Thai, who was always gentle and attentive to his patients. My family thanks FV very much.”

When asked why he chose FV to treat his father over another hospital, he added: “In this epidemic situation, I feel very worried when I go to other hospitals, especially in crowded waiting areas. My father also found it uncomfortable. When I transferred my father to FV for treatment, I felt much better because I didn’t have to wait long, the examination environment was clean and comfortable, and the service was five-star. My whole family have been loyal FV customers for many years.”

According to Dr Phan Van Thai, this was a complicated case because the patient had stomach cancer and a cerebrovascular accident, with bleeding complications from his stomach tumour. Fortunately, the disease was detected early and treated promptly. The surgery was successful due to the effective combination of many specialties at FV, such as: Neurology, Gastroenterology, Oncology, Diagnostic Imaging, General Surgery and Anaesthesiology Resuscitation. At the same time, calculating the right time to deal with each issue, one by one, is also a key factor in ensuring a course of care is successful in saving a life.