What is cervical cancer?

Cervical cancer is a type of cancer that occurs in the cells of the cervix — the lower part of the uterus that connects to the vagina.

Cervical cancer can affect women of all ages, but is most common in women in their 40s and 50s, although in rare cases can occur in women under 25.

Various strains of the human papillomavirus (HPV) play a role in causing most cervical cancer. HPV is a group of viruses, of which there are more than 100 different types. It is spread during sexual intercourse and other types of sexual activity (such as skin-to-skin contact of the genital areas). Most women will contract HPV at some stage during their life, but this usually clears up on its own. In a small group of women, however, the virus survives for years, contributing to the process that causes some cells on the surface of the cervix to become cancer cells.

You can reduce your risk of developing cervical cancer by having screening tests and receiving a vaccine that protects against HPV infection. Note that there is no treatment for HPV. 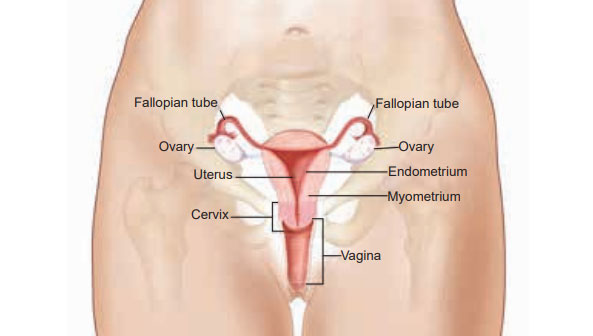 What are the symptoms of cervical cancer?

Early-stage cervical cancer generally produces no signs or symptoms. Some women do not experience any signs of cervical cancer at all. This is why it’s very important that you attend all of your cervical screening appointments.

Symptoms of more-advanced cervical cancer include:

The vast majority of women with the symptoms listed above do not have cervical cancer, and are far more likely to be experiencing other conditions, such as infections.

What increases my risk of cervical cancer?

The fact that HPV infection is very common but cervical cancer is relatively uncommon suggests that only a very small proportion of women are vulnerable to the effects of an HPV infection. There appear to be additional risk factors that affect a woman’s chance of developing cancer of the cervix. These include:

How can I reduce my risk of cervical cancer?

FV Hospital offers cervical cancer screening based on the guidelines from the American Congress of Obstetricians and Gynaecologists:

How is cervical cancer diagnosed?

If cervical cancer is suspected, your doctor is likely to start with a thorough examination of your cervix. A special magnifying instrument (colposcope) is used to check for abnormal cells.

During the colposcopic examination, your doctor is likely to take a sample of cervical cells (biopsy) for laboratory testing. To obtain tissue, your doctor may use:

If the punch biopsy or endocervical curettage is worrisome, your doctor may perform a cone biopsy, which is a procedure done in the hospital under general anaesthesia, that allows your doctor to obtain deeper layers of cervical cells for laboratory testing. 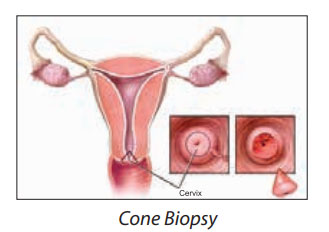 How is cervical cancer treated?

Treatment for cervical cancer depends on several factors, such as the stage of the cancer, other health problems you may have and your preferences. Surgery, radiation, chemotherapy or a combination of the three may be used.

Radiotherapy may be used alone or with chemotherapy before surgery to shrink a tumour or after surgery to kill any remaining cancer cells.

What if abnormal cells are found during screening?

If your screening results show that you don’t have cancer of the cervix, but there are biological changes that could turn cancerous in the future, your surgeon will usually remove the abnormal cells under anaesthesia by performing a cone biopsy (the area of abnormal tissue, in the shape of a cone, is removed during surgery).