Suffering from necrosis, R.N., a 15-year-old boy from Cambodia, recently had his legs saved from amputation thanks to the specialised treatment given by Dr Truong Hoang Vinh Khiem from FV Hospital’s Bone and Joint Centre. When his parents decided to take him to Vietnam, with little remaining hope that their son would have another chance to walk on his own feet again, they were amazed with the outcome.

R.N., a healthy and energetic teenager, unfortunately suffered from a car accident, causing him to be hospitalized with serious injuries to his legs. Despite having undergone three surgeries at a large hospital in Cambodia, due to severe necrosis, it was advised by the doctors that his legs should be removed. 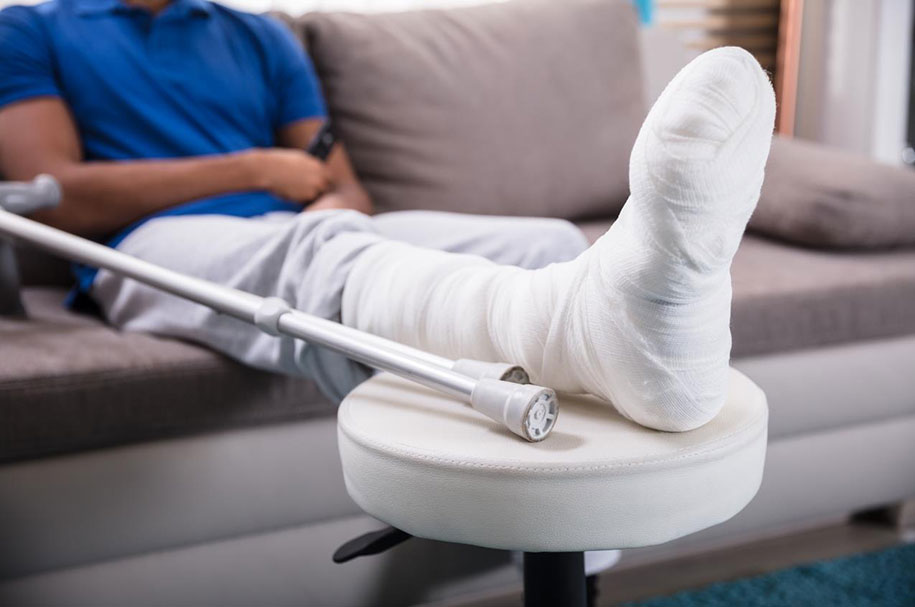 Utterly desperate with the fear that their son would be disabled for the rest of his life, the parents of R.N. transferred him to FV Hospital on recommendation, with the hope of having his legs treated. At FV, the patient was taken to FV’s Bone and Joint Centre. The patient’s left leg was infected, with necrosis affecting a part of the muscle tissue, as well as affecting the skin and muscles, up to the knee, of the right leg.

With infected wounds and severe necrosis, Dr Vinh Khiem appointed R.N. to be hospitalized and divided his treatment plan into three surgeries. In the first session, the patient had his wound cleaned, and a suction machine was placed to limit the spread of bacteria and to remove dead tissue. The whole procedure lasted for three hours. During the second surgery, which took place five days after and took two hours, his wound was cleaned again and necrotic muscle tissue removed. Five days following, the third surgery, considered as the most important, was then implemented. The doctor performed a sural flap technique and skin grafting to cover the exposed bone, with skin taken from the patient’s buttock and thigh. This operation lasted for nearly four hours and fortunately, after a period of intensive treatment and care, the surgical lap was completely stable, covering the entire exposed leg bone, with no more infections. The skin grafts developed without any incurred complications, attaching successfully. The patient was discharged from the hospital after one week and underwent physical therapy every other day at the Physiotherapy and Rehabilitation Department at FV Hospital. As a result, after three months, the patient’s left leg fully recovered. However, whilst the patient was able to walk on his own feet, there was still slight limping due to shrinking of the heel tendon in his right leg. In the near future, with the hope that R.N. will be able to walk normally once again, Dr Vinh Khiem has suggested that the patient should receive further treatment and have another surgery to treat the heel tendon as soon as possible.

According to Dr Truong Hoang Vinh Khiem, the sural flap technique plays an important role in the treatment of soft tissue defects, especially injuries in the less-soft areas such as in the lower legs and heel, feet, or instep. Soft tissue wounds that expose tendons, joints, nerves, blood vessels, tendon loss, bone loss, among others, are serious injuries that can easily lead to infections, tendon-bone necrosis, deformity, muscle contraction, stiffness and motor impairment of the limb, in cases where they are not properly treated. This technique greatly depends on the qualifications and skills of the surgeons.

FV Hospital’s Bone and Joint Centre has a team of highly experienced and specialized doctors, led by Doctor Le Trong Phat. Doctor Phat has nearly 30 years of experience in Vietnam and abroad, focusing on injuries and diseases of your body’s musculoskeletal system, which is made up of bones, muscles, joints and ligaments. Aging, trauma, poor posture or high-impact sports can all cause injuries to these areas of the body.

FV Hospital provides a multi-disciplinary team of consultant orthopaedic surgeons, anaesthesiologists, pain specialists, nurses and occupational therapists to help patients return to an active and pain-free lifestyle. With the hospital’s focus on expertise, speed, technology and patient-centric care, FV is dedicated to supporting its patients every step of the way on their road to recovery.