Suffering pain throughout the pandemic after complications of joint replacement 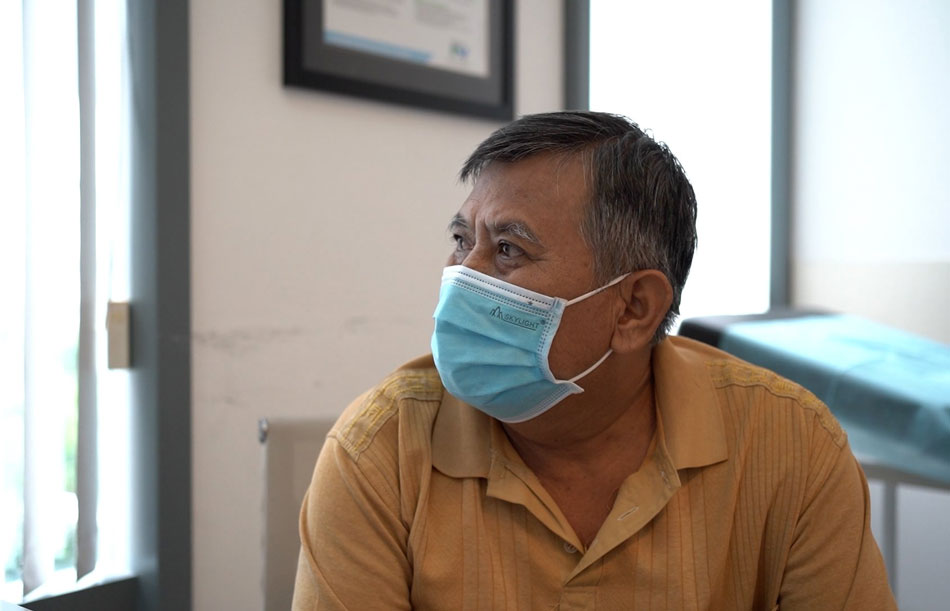 In 2019, Mr Minh suffered from pain in his left leg. By early 2020, the pain was so severe that painkillers no longer worked. Following hospital examination, he was diagnosed with necrosis of the femoral head; that required a hip replacement. Doctors performed two surgeries for his treatment. But after two months, he still had to use crutches to move, the pain still would not go away.

Covid-19 broke out in the middle of the increasing joint pain. As he was unable to go to the doctor, he could only take painkiller and lie down regularly. “The incision was very painful and the pus would not stop. My wife had to change my bandages 2-3 times a day,” Mr Minh recalled. He was really desperate; there was a time he lost hope of continuing life. Encouraged by his children, he tried to endure with the painkillers, waiting for the pandemic to subside to find a good hospital for treatment.

On the advice of an acquaintance that had already has treatment for his hip joints at FV Hospital, his children brought him to FV for consultation right after the New Year holiday. Dr Le Trong Phat – Head of FV Hospital Orthopaedic Department examined Mr Minh. Tests confirmed that the patient’s hip was severely infected. The doctor recognising that this was a difficult case, as it was necessary to clean the infected area and fit a new hip joint for the patient. 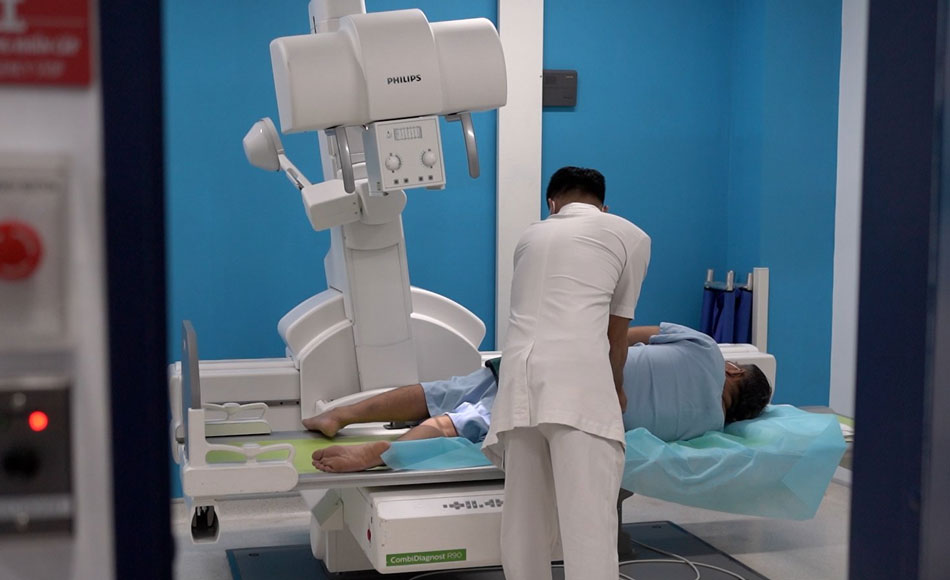 Patients were examined at FV Hospital

Mr Minh was operated to thoroughly treat the infection. Dr Phat carefully excised the infected area and cleaned the tissues. The artificial hip was removed and replaced with an antibiotic-coated spacer; this keept the joint space dilated, as a “placeholder” for the joint replacement later. After the operation, the patient was sent home to await the wound to heal completely before continuing the treatment.

“Only 2 days after the surgery I was able to stand up. I felt so happy at that time! I really didn’t think I could stand up like before!”, Mr Minh recalled. When he was discharged from the hospital, his family held a party for him inviting the entire neighbourhood. Everyone was happy for the elderly farmer to have recovered after two years of crippling illness. 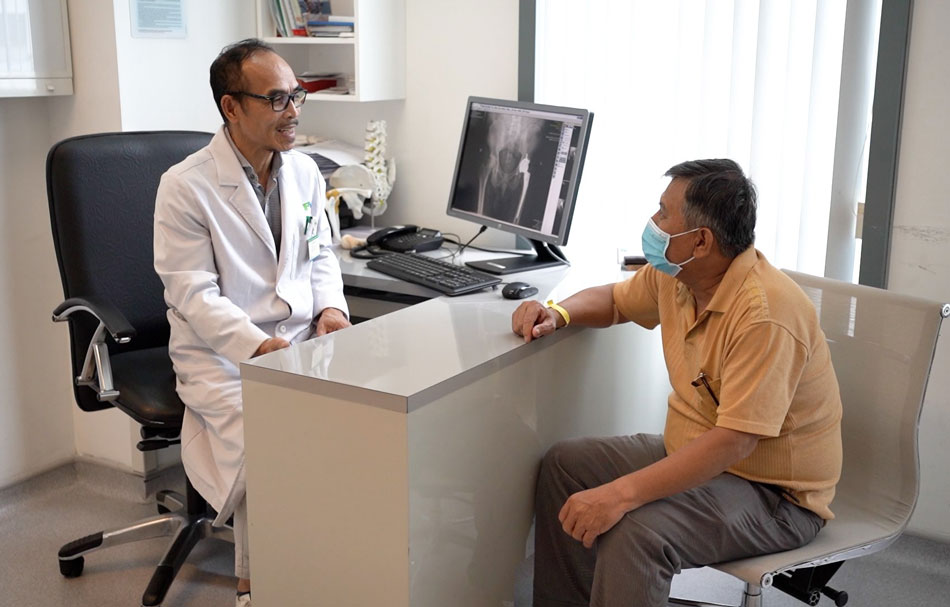 The patient was informed by Dr Phat about his health condition

In the follow-up visit in December 2022, Dr Le Trong Phat confirmed that the patient’s hip joint recovered very well, he was able to walk without a cane. After four surgeries, the wound healed but the tissue was still hard, so a slight stiff feeling when walking remained, yet with regular practice, this feeling will disappear over time. 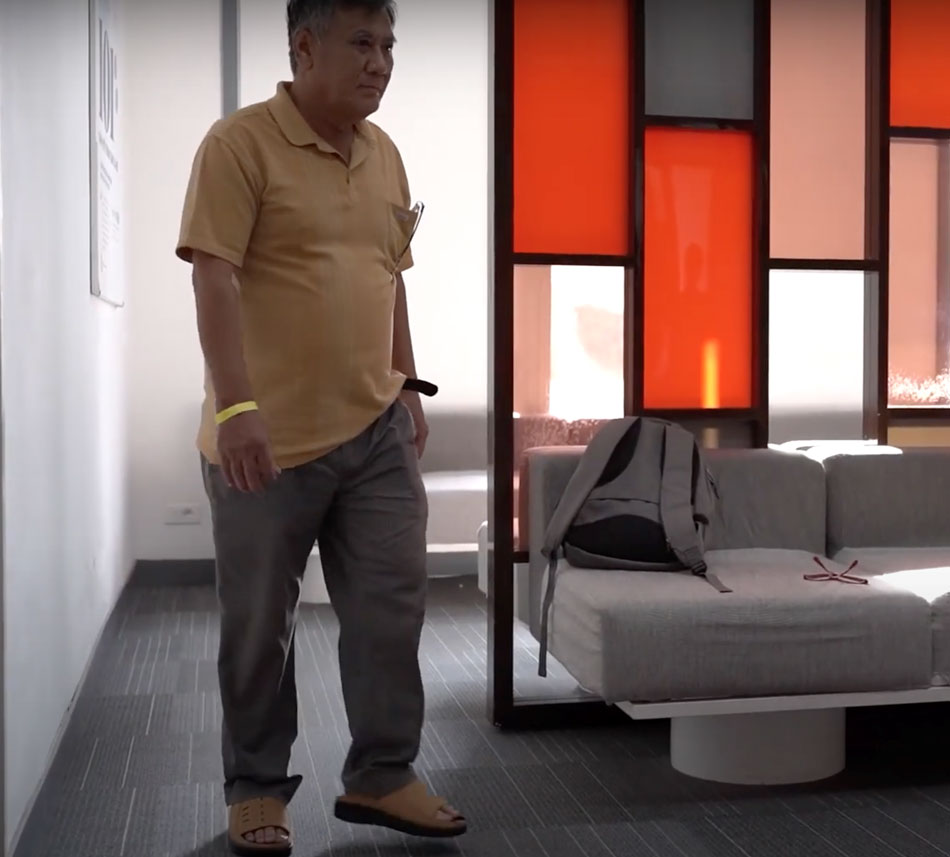 After more than three months, I was able to work around the house. My health condition has recovered by 80%. I am very happy to meet Dr Phat its thanks to the doctor, I can walk as before!”, Mr Minh shared excitedly.

Talking more about the surgery, Dr Phat shared: “All musculoskeletal surgeries, especially putting an artificial part in the body, are very sensitive to infection. At FV, we pay close attention to the procedure involved in surgery: with our high standards for infection control, we keep the probability of infection as low as possible.”

Currently, FV Hospital cooperates with Ho Chi Minh City Social Insurance to allow payment by National Health Insurance for shoulder, knee and hip replacement surgeries. The payment covers up to 45% of treatment costs at FV hospital according to the regulation of social insurance.