When a person is shocked or panicked by unexpected incidents, their heart is likely to beat more quickly or vigorously than usual, this is known as palpitations. If palpitations, however, occur frequently, combined with other symptoms such as dizziness, shortness of breath, fainting, chest pain, fatigue, sweating and nausea, among others, this can be a sign of arrhythmias. These symptoms can start and stop suddenly as well as last for a few minutes or sometimes hours, interfering with day-to-day life and leading to alarming health conditions. 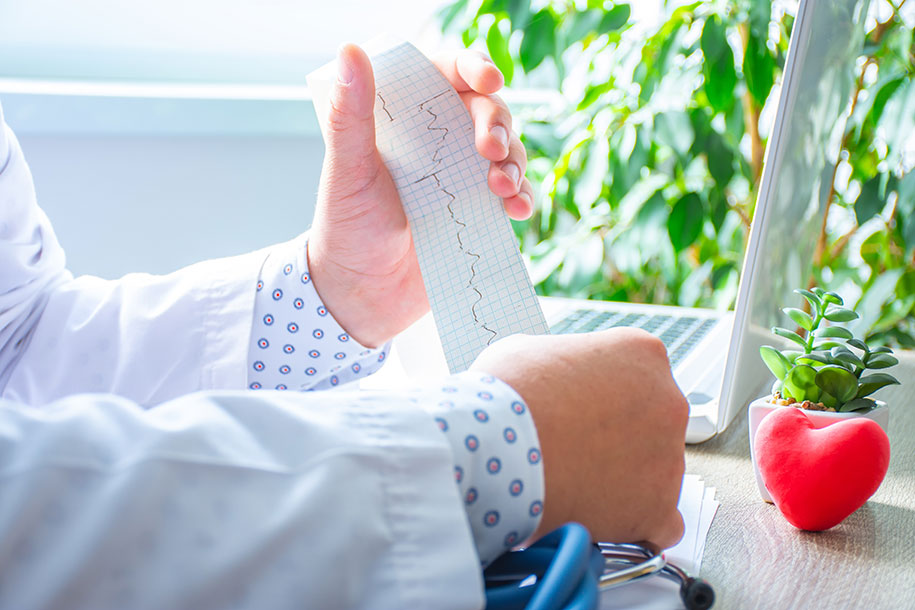 Everyone only has one sinus node in their heart, but for patients with cardiac arrhythmia, there may be more than one pacing, situated in another location in their heart.

Treating arrhythmias was seen in the case of Mr D. P., 29 years old, from HCMC. He had had a history of fainting many times from an early age and tried to get by and live with the symptoms. It was only when as a result of one fainting episode, which injured his face, he decided to seek an examination at FV Hospital. Dr Tran Nhan Tuan, from FV’s Cardiology Department, diagnosed Mr DP with frequent right ventricular outflow tract premature beats, and advised that he must be treated to avoid unexpected fainting as, while at work or driving, it could seriously endanger his life. The radical solution for the treatment used was Radio Frequency Ablation, and the patient was admitted to the hospital to undergo anaesthesia and the ablation procedure, taking just 60 minutes. After the ablation, the patient’s heartbeat was stable, the heart electrolyte showed no arrhythmia, there was no need for antiarrhythmic medication, and he was subsequently discharged after only one day.

Another case was that of M. T., 57 years old, who had been suffering with a two year history of panic attacks. The patient had sought treatment using medication to treat the condition, however it was not effective, leading to constant insomnia, weight loss and mental illness. After an examination with specialised tests, Dr Tran Nhan Tuan diagnosed the patient with arrhythmias originating from the right ventricular outflow tract, and having premature beats with more than 21,000 Premature Ventricular Contraction (PVC), which accounts for more than 25% of the heart beats a day. The doctor gave the patient medication treatment for a period of time and her PVC rate reduced to 15%. One side effect of the medication, however was, that her heart rate was slowed down. In order to help the patient to completely eliminate the anxiety and avoid side effects of the drug, Dr Tran Nhan Tuan decided to use Radio Frequency Ablation to treat the case. Ms M.T was admitted to the hospital and anesthetized for the ablation procedure; which took just 45 minutes. After the ablation, the patient’s heartbeats became stable; no longer having PVC, there was also no need for an antiarrhythmic medication, and the patient was also discharged after just one day.

According to Dr Tran Nhan Tuan, everyone only has one sinus node in their heart, but for patients with cardiac arrhythmia, there may be more than one pacing, situated in another location in their heart. One of the most common places of this is the right atrium, causing a cardiac arrhythmia which leads to the heart beating abnormally fast, causing discomfort and interference with daily activities. The treatment of arrhythmia with Radio Frequency Ablation helps to completely eliminate the condition which a solely medication treatment approach cannot achieve. To implement this procedure, the doctor will perform anaesthesia and an intravenous thigh injection to insert the electrode wire into the heart and detect the location of the arrhythmia. When the arrhythmia is located, the doctor will then use the high frequency waves, transmitted through the electrode into the heart to get rid of the arrhythmia, the electrode wire is then pulled out and the procedure is completed. Following the procedure, by the next day the patient is able to walk by himself and is even discharged from the hospital. This is a modern and advanced treatment method for cardiovascular interventions because of its prompt implementation, without any involvement of surgery, anaesthesia, and a low rate of complications (less than 1%). This technique, however, is complicated and requires a great amount of expertise and experience of the treating doctor.

Dr Tran Nhan Tuan recommends that people with symptoms of anxiety, dizziness, fainting, chest pain, and sweating should go to specialized medical facilities for examination and treatment as soon as possible, since this could be a sign of a cardiac arrhythmia.