Surgery is the most common treatment for renal cancer. In almost all cases, laparoscopic techniques can be applied. Offering state-of-the-art medical equipment and facilities and a team of highly skilled, experienced urologists, FV Hospital’s Urology Department has provided successful treatments for early-stage renal cancers, enabling patients to return quickly to their daily activities, cancer-free. 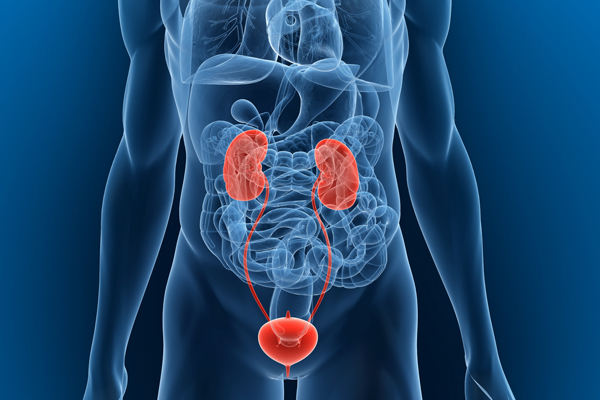 Renal cancer is the third most common urologic cancer, and accounts for 2.8 per cent of total cancers. As it has almost no visible symptoms or signs, most renal cancers are identified accidentally through ultrasound when patients visit the hospital for a health check-up. Some renal cancer cases are detected when they are advanced with visible signs, such as intense pain at the waist and urine in the blood.

Mr. M.D.K., 36, living in Tan Binh District, HCMC, underwent a laparoscopic partial nephrectomy to remove a five centimetre tumour in his left kidney. Mr. K. said he had no abnormal signs before being informed that he had cancer and was shocked and extremely worried to learn about his tumour. At the time, he was working as a pilot for a foreign airline. If one of his kidneys had to be removed, this could mean he would not be qualified to fly and would lose his job.

However, Mr. K was less worried after listening to his doctors’ explanation of his prognosis and treatment plan. Because his tumour was just five centimetres in size, there was still a good chance that much of his left kidney could be preserved.

Mr. K was in good health thanks to his practise of undertaking regular exercise and participating in sports, and was able to undergo laparoscopic surgery immediately. Mr. K. was placed into a lateral decubitus position. Dr Minh began the surgery firstly with three incisions on the patient’s waist so that he could insert the laparoscopic tube and surgical instruments. Mr. K’s tumour had not metastasised, but was located close to the centre of his kidney, presenting a technical challenge for a partial nephrectomy. Dr Minh decided to utilise the Harmonic Scalpel to completely dissect the tumour and expose the renal pedicle (renal artery and vein), clamping it temporarily during the tumour dissection process to minimise bleeding (maximum clamping duration is 30 minutes). This facilitated the complete removal of the tumour, maintaining a surgically safe margin for the tissue as well as preserving as much of Mr. K’s kidney as much as possible.

After two hours in the OT, Dr Minh had completely removed the kidney tumour. As the tumour had been located near the kidney centre, it was necessary for Dr Minh to cut through the tissue while constantly clamping the renal vessels to avoid heavy blood loss. The renal calyxes and pelvis were then sutured and closed for active haemostatics. Finally, the renal cells were sealed with fat cells and peritoneum. In this way, post-operative renal functions were improved with less risk of renal problem relapse. Mr. K began to recover quickly.

Utilising retroperitoneal laparoscopic techniques to perform a partial nephrectomy to remove small renal tumours located in the kidney is a highly effective form of treatment. This technique further reinforces the benefits of performing a partial nephrectomy, in addition to being able to preserve the remaining part of the kidney and respecting standard oncology treatment principles. Laparoscopic partial nephrectomy is also a safe, less invasive procedure which has many benefits for patients during their treatment, i.e. lower treatment costs and less renal cell loss – because the kidney is preserved, patients can still enjoy a high quality of life.