Dr Ly Quoc Thinh is known as one of our most experienced doctors and is considered an expert in anaesthesiology, resuscitation and pain control. Before joining FV, Dr Ly Quoc Thinh worked for 9 years at HCMC Children’s Hospital No.1 and then became Deputy Head of the Anesthesiology Department from 2003 until 2007. Dr Thinh also had more than 1 year as a resident at the Anaesthesiology and Resuscitation Department of Robert Debré Hospital, a medical facility specialising in obstetrics, from 11/2001 to 12/2002. At FV Hospital, Dr Thinh was the Deputy Head of Anaesthesiology, Intensive Care and Pain Control Department from 2017. 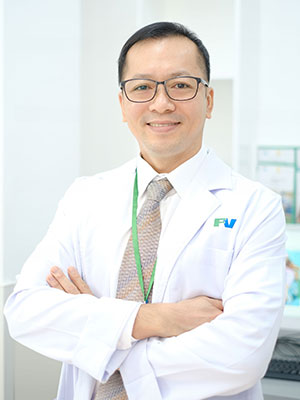