WHAT IS GROWTH HORMONE DEFICIENCY?

If the pituitary gland is lacking in multiple pituitary hormones, the condition is called hypopituitarism. 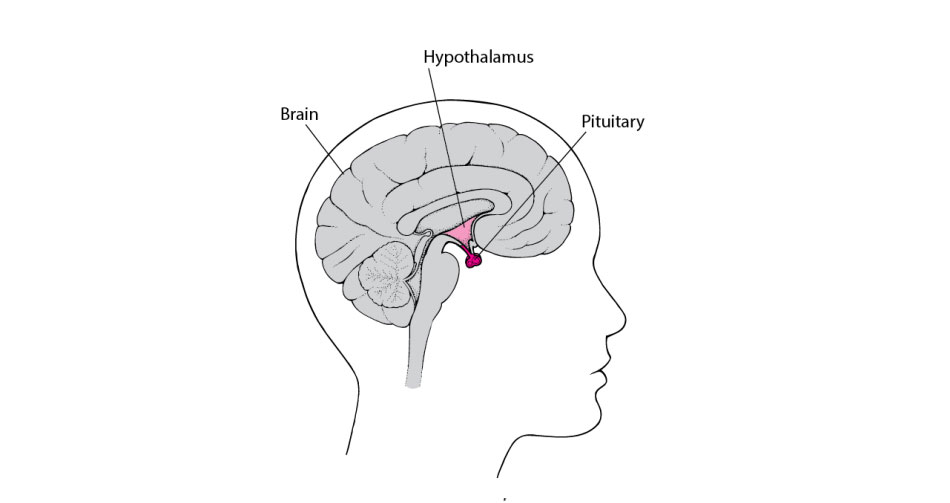 HOW FREQUENT IS GROWTH HORMONE DEFICIENCY?

There are many causes of growth hormone deficiency, most of which are present at birth (congenital) but may take several years to become apparent or it can develop later (acquired).

Congenital causes include genetic or structural abnormalities of the development of the pituitary gland and surrounding structures, while acquired causes, which are much less common, can include head trauma, infection, tumour, or radiation.

WHAT ARE THE SIGNS AND SYMPTOMS OF GROWTH HORMONE DEFICIENCY?

Children with growth hormone deficiency are usually much shorter than their peers (that is, well below the 3rd percentile line) and over time, they tend to drop farther and farther below the normal range. It is important to note that growth hormone-deficient children are usually not underweight for their height; in many cases, they are on the pudgy side, especially around the stomach. Other symptoms include very small penis in newborn males, delay in tooth development, impaired hair growth and delayed puberty.

Growth hormone deficiency has no effect on a child’s intelligence.

HOW DO YOU DEFINE “NORMAL” GROWTH?

Growth rates vary considerably from child to child. But measured in height, average ‘normal’ growth is often described as:

If your child is less than the 3rd percentile in height for a child of his age, that can be a red flag for growth hormone deficiency.

HOW IS GROWTH HORMONE DEFICIENCY DIAGNOSED?

Evaluation of a child with short stature and slow growth pattern may include a bone age X-ray (X-ray of the left wrist and hand) and various laboratory screening tests. The diagnosis of growth hormone deficiency cannot be made on a single random growth hormone level, because growth hormone is secreted in pulses, mostly overnight. At other times, levels may be undetectable.

Usually, other tests to check the pituitary gland or MRI to evaluate the brain are performed when treatment is considered.

WHEN SHOULD BE SCREENED FOR GROWTH HORMONE DEFICIENCY?

The time considered appropriated to screen growth hormone deficiency in children with short stature, is from 3 years old to pre-puberty because pubertal progress makes it impossible to increase height even with growth hormone treatment.

HOW IS GROWTH HORMONE DEFICIENCY TREATED?

The treatment for growth hormone deficiency is the administration of recombinant human growth hormone by subcutaneous injection (under the skin) once a day. The paediatric endocrinologist calculates the initial dose based on weight, and then bases the dose on the patient’s response and puberty.

HOW IS THE DOSE OF GROWTH HORMONE DETERMINED?

The paediatric endocrinologist calculates the initial dose based on weight and condition being treated. At later visits, the doctor will change the dose for effect and pubertal stage and sometimes based on IGF-1 blood test results. The length of growth hormone treatment depends on how well the child’s height responds to growth hormone injections and how puberty affects growth.

WHAT ARE THE SIDE EFFECTS OF GROWTH HORMONE TREATMENT?

Side effects that have been described include headaches, hip problems, and issues at the injection site. To avoid scarring, you should place the injections at different sites. However, side effects are generally rare. 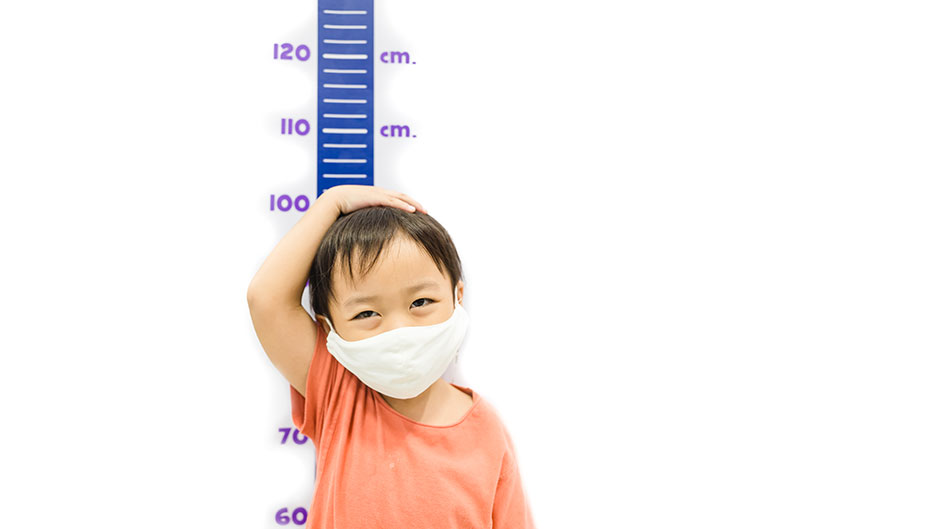 WHAT IS THE PROGNOSIS FOR GROWTH HORMONE DEFICIENCY?

Growth hormone usually results in an increase in height for growth hormone-deficient individuals, as long as the growth plates have not fused.